Did you create a mod, map, music, or a tool? Present them here and earn feedback!
Note: addon requests do not belong here.
Note, everything uploaded to this forum, MUST have a license!
Post Reply
56 posts

I think i have it finally working and challenging. This is a "tower defense"-style survival challenge: enemy throws infinite number of tanks at you, you loose when your command center is destroyed, and you need to build towers on highground to kill enemy tanks to prevent them from reaching the CC.

Previous attempt, if i remember correctly, was in this thread.

Scenario script is very simple; under 700 lines of javascript, mostly comments. So it should be very easy to make more similar challenges, or even tower defense campaigns.
Installation:
Game rules:

Due to wz2100 pecularities as a game and non-omnipotence of our scripting API, some of the game rules are quite different from common tower defense games, and i find some of these twists quite fun.
Distribution:

The engine and maps in this thread are distributed under Creative Commons CC-0 license. I'd throw engine updates with new maps, not sure it's worth it to post the engine separately somewhere on github (and how to do it when half of the code is map-specific).
Last edited by NoQ on 05 Dec 2013, 22:29, edited 10 times in total.
Maps | Tower Defense | NullBot AI | More NullBot AI | Scavs | More Scavs | Tilesets | Walkthrough | JSCam
Top

First map to check it out.

What a nice surprise. Thanks NoQ.

Played 1 hour and 30 minutes.
My defenses was stronger than enemies.
Did not noticed 'boss waves' 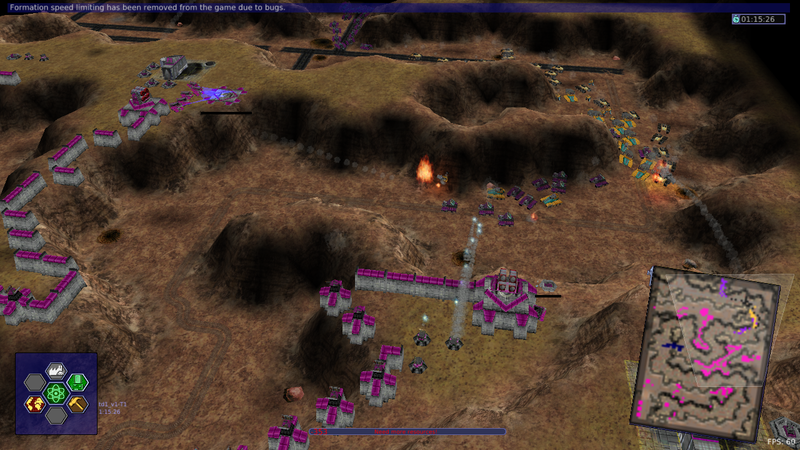 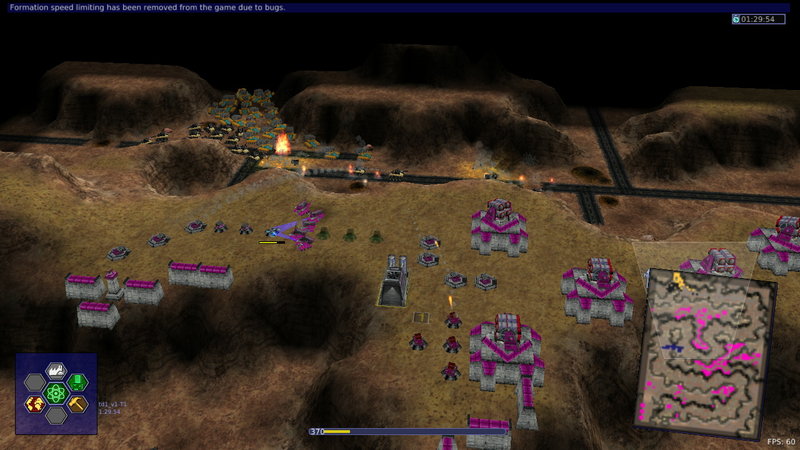 Ah, at least someone managed to run it (:

My defenses was stronger than enemies.

Yeah, i also think this first challenge is too easy.
Do you feel that faster progression is necessary, or just make stuff overally stronger?

Did not noticed 'boss waves'

Every 10th wave should have less-but-stronger units. You should have been seeing light cannon retribution as the first boss.

No idea. I do completeResearch(...) on enemy players, and it usually works as i expect ...

NoQ wrote:I do completeResearch(...) on enemy players, and it usually works as i expect ...

NoQ wrote:AYeah, i also think this first challenge is too easy.
Do you feel that faster progression is necessary, or just make stuff overally stronger?

Yes- i think it is to easy. I cheated later with biffer baker and saw, that the archangels and other artillery of the enemies didn`t fire. There are no sensor-units. And yes-seraph is most dangerous. Nothing changed after 4 hours: more and more units but no dragons for example.
The tower defense makes fun-a very interesting challenge. But maybe the idea of a time limit is possible. For example: If you survive 2 hours you win the challenge.

Greetings and as usual sorry for my bad english
In case the WZ-game ends in a draw , the game winner will be determined by penalty shoot-out.
Top

Figuring out why upgrades don't work. Still don't understand: eg. when i unlock autorepair for the enemies in a similar way it gets applied instantly.

Most dangerous wave is seraph tanks

Changing the game data is not really the first thing i like to do. I think it's necessary for the fun to have the game work on vanilla stats first; though some later maps would probably find good use for different data.

the archangels and other artillery of the enemies didn`t fire. There are no sensor-units.

I already covered this in the description. Sensor units won't help until they actually reach close enough to your CC; but in this case normal tanks would work almost equally well, i did test that. Would be much more fun when i figure out how to implement VTOLs, then they would trigger arty fire as well.

Nothing changed ... no dragons for example.

Give a second example of what has not changed? (:
Just did not touch dragons yet.

I want team TD game.
Do this mod will work as map-mod?

I'm planning multiplayer support, but not yet sure if there would be no blocking issues with sync. Most importantly, i wonder how to implement smooth enemy strength growth without hardware-specific floating-point arithmetics, given javascript does not support integers at all.

But maybe the idea of a time limit is possible. For example: If you survive 2 hours you win the challenge.

I am sure-you will find the best way- this challenge makes fun. Thats what i want to see here. Thanks NoQ. But--You are wrong with the sensors. Archangels and rippelts don´t work without sensors. Only the howitzers can work without sensors under command of....and the seraphs. So i saw about 5000 thousand archangels and ripples and stupid howitzers without an idea....try to attack me-but i lost the interessest.
This mod is a very nice one. Want to see more. Maybe a map with 2 oil derricks- i need 4 trials to see, how to solve this chellenge.
However-thanks NoQ-and i hope, that there will be some more maps with this idea. The Campaign-idea for the future is great 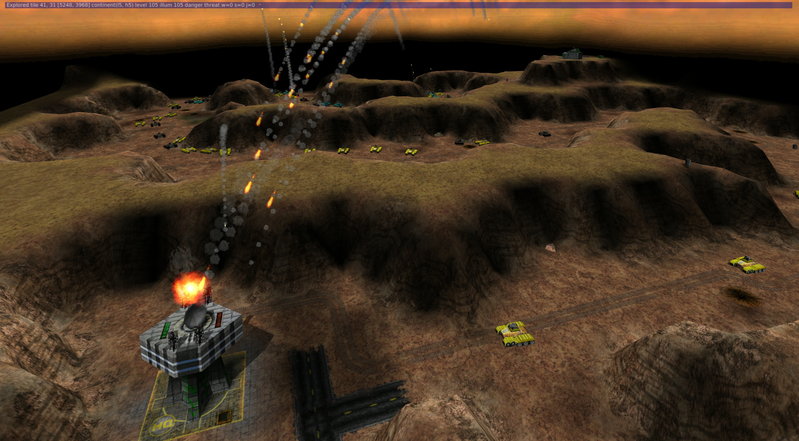 I am sure, that you will find a way for this problem-as for the savegame too.
So far-it whould be nice to see more of this challenges. More maps-.thanks for the Remember of tower defense.
In case the WZ-game ends in a draw , the game winner will be determined by penalty shoot-out.
Top
Post Reply
56 posts