Other talk that doesn't fit elsewhere.
This is for General Discussion, not General chat.
Post Reply
13 posts • Page 1 of 1

Yeah, I know. It's a provocative title. 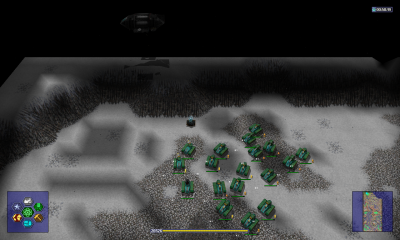 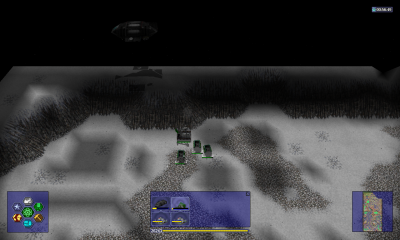 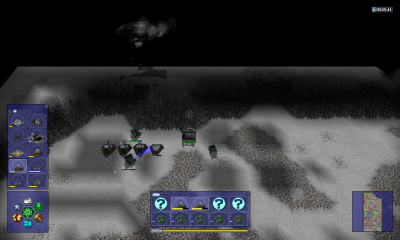 It's nothing more than a minor nuisance, though, since it never tries to enter the map. I'll be playing Gamma 3 again from the start to maybe get a UFO-free result.
Top

well that's new. I wonder if that is why that other guy can't finish his stage...

Speaking of, you only call it a minor nuisance. Have you checked if you can actually complete the stage with it flying there?
Top

No, I haven't checked. I doubt it, though, that the mission will complete with that thing hovering around there. I think I'll check now.

Edit: No, the stage will not finish with the UFO hovering around there. I killed the CB Tower and researched every last tech, but the mission didn't end.
Top

This brings up an interesting question. I.E.: was that thing always there?


So... is Nexus's off-screen troops actually supplied by Airlift, and just (until Skirm's confirmed sighting), we never saw it? Was that Transport always there, and just never actually ended up "on-screen"?
Top

NEXUS cannot be using airlifts to an off-screen LZ in Gamma 5 and 8 - all their units appear on the same square, just like the Collective's northern reinforcements in Beta 1. The NEXUS VTOL supply, like the Collective's, appears to be unlimited and they just casually fly onto the map from an unknown off-screen location. So I don't see how airlifts by a Transport fit in here.

As far as Gamma 3 is concerned, we have no clue as to what's going on on the northern half of the map during the first part of the stage(the 30-minute part). We can see Gamma Base's defensive structures firing, getting damaged, and sometimes getting destroyed, but that's it. Going north triggers the second part of the stage to start, and all surviving Team Gamma assets are taken over by NEXUS. Maybe the Transport, whether it's owned by NEXUS or Team Gamma, is involved in there somewhere.
Top


I know all their stuff appears on the same square; that said, there's nothing saying that the game code has it such that the only units *available* to appear on said square are ones that were previously air-lifted to a near-offscreen location. And that in previous game versions, this had all happened off-screen, so we never knew.
Top

Have you tried using cheats to kill the transport?

If you still have the savegame you could attach so we can have a look.
Top

I play with sound off, which is why I never heard a message like that. Anyway, here's the saved game. It includes the folder and it's contents, the ES file, and the GAM file. This is for 2.0.10.

That's not a Nexus transport...

Those are Pirates.
Top

I've partially confirmed that NEXUS does use a Transport.

Exactly what I did, after killing them all and collecting the artifacts, to play it fair and cheat only because the game cheated on me.
Top

And 8 years later... I had exactly the same problem. Even saving game before the bug didn't help, because that black transport always shows up on the top of that mountain in the north of taken Gama base. If you attack any mobs on the top of that, here come's the damn black flying thing. BTW, I've tried to use that cheat you guys were telling (Shift+Backspace, then enter "letmewin"), but nothing happened... Tomorrow I'll try this mission again, but next time I WON'T hit the mobs above the mountain... lol... let's hope it works, or at least I find another cheat that works for me... haha... 8^)
Top
Post Reply
13 posts • Page 1 of 1