You'll want to incorporate fdebdf51fba6fe8e0286bb9c8ef534fb629589b9 since otherwise the crane on Alpha 1 will keep triggering the first trigger area within a few seconds. Another thing I saw is those super stabilized mortar structures (like those on Beta 1) have their projectile fired/spawned in front of the muzzle by maybe two tiles.
Top

I also just noticed the video sequence for cam3-4 actually includes the star arrangement of research centers that I deleted. I'll undo that...

I have an idea to extend cam3-4 and make it into a master level.

Since the video scenes for cam3-4 only focus on the upper right and lower left corners of the map, I can cut and paste them into the 9 player map Windfury that is 245x245 with Rocky tileset that has very natural looking features.

I think I'm going to insert parts of cam3-4 into Windfury and make Windfury the last map.
Top

I replaced the cam3-4 map with Windfury and mashed them together. Now cam3-4 is way harder and longer. I set reinforcements to 30 seconds.

I haven't tested the win conditions and the labels should be good enough.

On a side note, I'm done with this mod. I have to go in real life, back to work. I had some time off where I could work all day on this but I don't have time anymore and this is a good place to stop. I'm going back to dormancy for several months++.
Top

I might maintain this for some time. If anyone finds any bugs then report them here or at my fork. MIH-XTC's latest mod doesn't include the file changes for skirmish rules and Nullbot and I already made a few improvements so I'd recommend using my version of the mod found on my fork.
Top

Berserk Cyborg wrote: ↑
09 Aug 2019, 04:47
I might maintain this for some time. If anyone finds any bugs then report them here or at my fork. MIH-XTC's latest mod doesn't include the file changes for skirmish rules and Nullbot and I already made a few improvements so I'd recommend using my version of the mod found on my fork.

Thank you very much. I would like to pass the torch to someone else and not have to be the maintainer of an attempt to improve WZ. Feel free to change or refactor anything. Keeping in sync with master is too much. EB is also a silly name lol, call it whatever you want. Expansion pack is probably more sensible.
Top

The AA Flak Cannon (AAGun2Mk1) "flags" attribute needs to be set ShootAir --> AirOnly. I'm not sure how/when I screwed that up but that needs fixing or else will significantly impact balance. Posting here is easier for me than dealing with Git; if you could make that fix please, thank you.
Top

I just had a revelation regarding AI and stat balancing.

For a few years I've been wanting to make a neural network that plays WZ. I'm trying to get a machine learning job in real life and I've always thought WZ would be a good demo project to show a neural network beating a game. However, it's lame to train a convolutional neural network to play a video game because it's just learning the graphics or pixels of the game (Computer Vision). That's how Google's DeepMind AI plays Starcraft and it's not really useful or practical for WZ experience.

But... I just realized a neural network can be used as a tool to auto-balance the stats.

Some hypothetical input layer neurons would be:

The output layer neurons are:

The neural network would learn which research objectives and droid template combinations are optimal based on the input data. After winning so many games and learning which combinations are best, the output data can be used to identify what stats are overpowered and need tweaking. The neural network can be used as a stats balancer tool instead of an AI that plays to win. Hmmmmmm. Maybe I can make a Neural Nexus that plays WZ with Tensorflow.
Top

You would have to play many games with many tactics to have a proof of concept then you would have to play the prescribe changes one by one you know well that mass changes develope into bad balance for some tactics and good for others hence making one method better then others.
Then they will be screaming again one weapon is over powered and be back to square one.
Rock paper scissors is the desired outcome and with so many weapons to choose from that's gonna be hard.
I don't fancy that challenge. Good luck
Top

MIH-XTC wrote: ↑
12 Aug 2019, 02:07
The AA Flak Cannon (AAGun2Mk1) "flags" attribute needs to be set ShootAir --> AirOnly. I'm not sure how/when I screwed that up but that needs fixing or else will significantly impact balance. Posting here is easier for me than dealing with Git; if you could make that fix please, thank you.

Fixed. At the moment I'm cleaning up the ultimate scavenger script and will then take a better look at filling out mission AI tech arrays.
Top

Thank you all for this great mod. Funny with new type playing in campaign. I found no problem with alpha campaign.

I have problem with playing skirmish with this mod with master version: Game crash after memory usage more than 1GB. Can you advice any solution?

With 3.3.0 beta, some of research (eg.: power module) do not appear to research/build in skirmish (with EB mod). But no crash because of memory usage less than 1GB.
Top

This has to stay because of something that happened earlier in the forums.
viewtopic.php?f=2&p=145306#p145306
It's always been here to prevent spam especially from bots.
Top

I added 19 weapons from Art Revolution side-by-side with existing weapons. All the Art Revolution weapons are prefixed with NASDA. They automatically become available once the original weapon is researched so research menu isn't bloated with redundant items. I did not add structure versions of them as I think that might bloat the build menu and is unnecessary. Even adding them to the design menu might be a little bit excessive but we can always remove them if this change is no good. 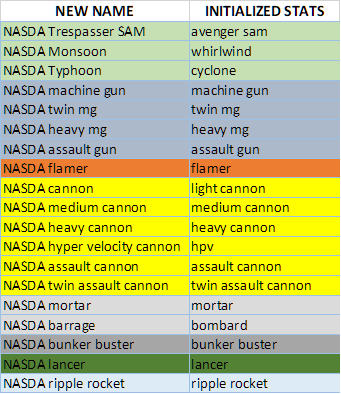 These weapons have slightly superior stats to their original counterpart but at a premium cost. This is how the stats for all other AR models were implemented and characteristic of real life defense contractors.

I added 3 new propulsions from the WZ graphics mod. These are Heavy Wheels, Heavy Half-Tracks and Heavy Tracks. They automatically become available when their original counterparts are researched. The stats aren't as straightforward to explain but they are slightly varied from the originals.

I also added the research facility from the WZ graphics mod but it's not enabled anywhere and thus not available yet. 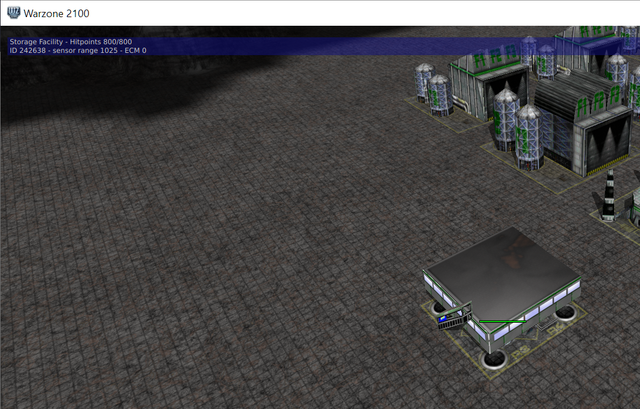 It was originally a research facility but I renamed it storage facility and I think it would be cool if it could be used to increase the maximum number of combat units. Obviously someone has to modify the source code to make this work but this doesn't seem too difficult. I'm thinking each storage facility would raise the max number of combat units allowed by 10. The model and structure is added to the game via debug mode if someone wants to try and experiment with that.

I'd love to try this mod but the game keeps crashing due to the memory errors someone previously posted about.

Here's part of the log file in case it helps:

Gooberfish wrote: ↑
01 Oct 2019, 02:59
I'd love to try this mod but the game keeps crashing due to the memory errors someone previously posted about.

Warzone on windows crashes if it uses more than 1GB of memory and unfortunately this mod uses a lot of memory. Each additional player consumes more memory and anything more than 4 players will use more than 1GB. So for right now, we're limited to 4-5 players max skirmish in Windows. UNIX and campaign shouldn't have memory problems, it's Windows, skirmish games with more than 4-5 players.
Top
Post Reply
221 posts