hmm, i just don't like the original power generator

edit: the small balls should advise the number connected resources and rotate 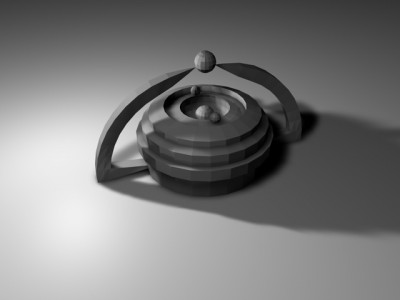 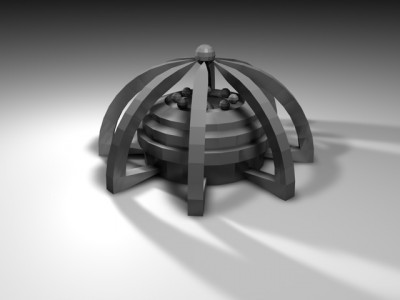 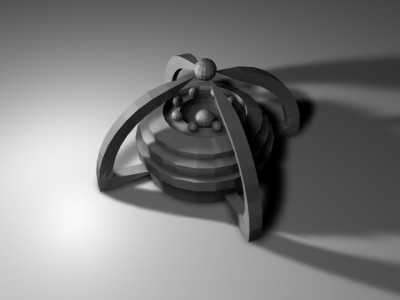 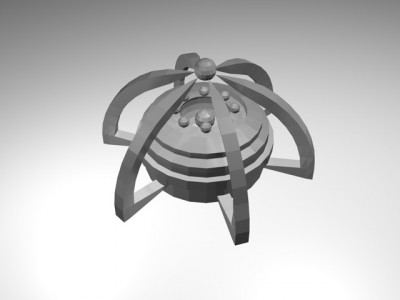 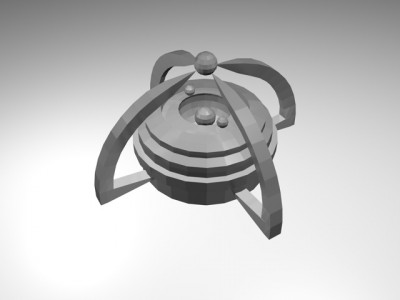 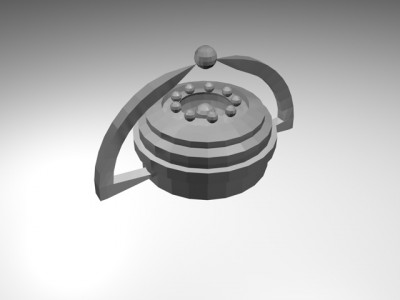 power gen base module, 4 of 4 connected

It looks more like a building for Warcraft or KKND... :-S
We all have the same heaven, but not the same horizon.
Top

Didn't Nexus have a lot of time to build nice things?

Was thinking of a fountain. Maybe the big ball should rotate and get siblings for connected wells?
Top

well if you guys are concerned for sticking to warzone era type building perhaps smoke stacks and oil storage tanks are in order, but I am more interested in how the test turns out due to my recent undertaking, let me know how the converting works out for ya.... I have not been successful on that front yet.
Top

* I like the basic design. For me I see savvy associations with concept images of what atoms look like (been around for awhile) and the gyroscope (around even longer). As such, I differ from most interpretations expressed so far. 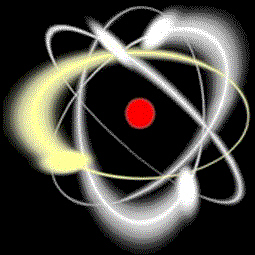 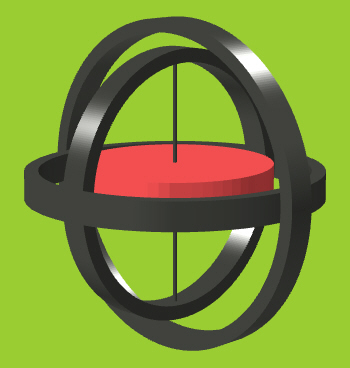 here's a screenshot of the uv arrangement, i'll begin to texture it

however when it doesn't make it in the game it can live as a mod, i can live with that of course

anyone knows approximate polygon counts for an rts game? couldn't find anything in a short look on google 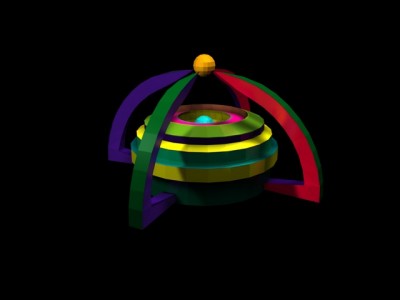 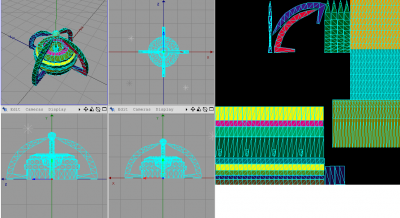 Been looking for that polycount info, here is something interesting, this is from an interview regarding Crysis:


Typical environments contain 1000-5000 total renderable objects, including static meshes and skeletal meshes. For reasonable performance on current 3D cards, we aim to keep the number of visible objects in any given scene to 300-1000 visible objects. Our larger scenes typically peak at 500,000 to 1,500,000 rendered triangles

So thats like the top end for polycounts, but I have also read in multiple places that the limits on games now a days is the textures and shaders and not really the polycounts.

But I found this post on a forum somewhere else and will quote it here for reading pleasure:


Your right in saying this is a hard question.

A few fundamental questions are: 1. What is your target platform, 2. What engine are you using, and 3. What type of game is it.

If you are going to be on all consoles and the PC then you will need to hit lowest spec of them all combined. If you are going only to the PS3 then you can handle much more polygons but at the sacrifice of shader complexity. The 360 is the opposite is it will handle shaders well but not as many triangles. Keep in mind that almost all of my experience is with the unreal 3 engine so its hard for me to say what the limitations of other engines are.

Also if your game is a FPS like gears of war you may have much smaller areas and can allow for higher quality meshes. If you are in an MMO, your limitations go through the roof and you need to think of clever ways to make things look good at such harsh limitations.

From what I know the UE3 engine can handle around 500k triangles rendered but where it falls apart is the object count. Unreal likes you to keep the loaded actors at one time to around 1800 last time I checked.

Also keep in mind that there are so many different places to bottleneck, whereas 1 advice would be good for something, but totally neglect something else.
For examples, you have the polygons on a mesh itself, and how many times it is copies around in the level you are making. You take much more of a memory hit for loading that unique mesh, but far less for each of the instances in the map.

This ends up as a balancing game between system memory, texture memory, object count, and performance in general.

It sounds like to me you are in some sort of pre-production mode, in this mode its good to set the look and quality of the game up front while the engineers build up the engine and eventually get some sort of limits for each discipline.
Almost every pre-production will completely blow any reasonable budget up front because they are still trying to define how the game should be made and set certain standards in quality and gameplay. Of course in this its always good for the experienced guys to keep a sanity check on what is being done to make sure its not all throw away work (which unfortunately many pre-productions end up being).

For some good practices I would say to try and keep your object count around 2k for a streamed area and try and keep polycounts reasonable. If the mesh is some sort of hero piece then it may be ok to have a few thousand triangles but always be prepared for the inevitable optimization pass before ship.

For more modular pieces I would suggest keeping them down to below 1k if possible. The reason being that they will be sprinkled through the map so much and it will add up very fast (rubble, concrete, dirt piles, trash, pillars, etc).

I cant say much about characters, my experienced is a little bit over specialized Im afraid.

I hope this can be of some help, of course everything I said could be useless for many types of games and the engineers really have to power be able to make the magic happen and make the impossible, possible.

/me waits for when they figure out Warzone 2100 is not Crysis...
Top

ok, when playing in warzone this here is not a big success. it doesn't make any sence using 24 rotation segments...
but now i've earned some experience making models and unwrap the uv mesh

for completion here is the pie and texture. if anyone needs the orginal 3d-file just ask. 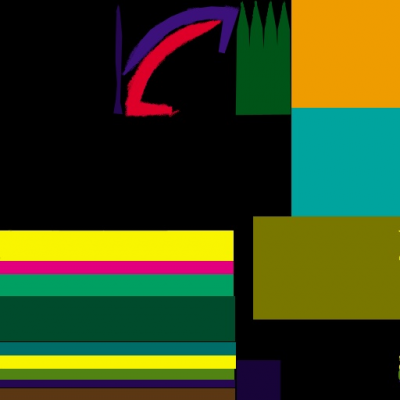