Get some help with creating maps or modding.
Need a map editor or other tools, look here!
Post Reply
37 posts

I'm developing my first Scavenger Mod for the 2.1 version, while it's not finished yet, i'm gonna post all it's progress and features.

I cant wait to play another of your mods!

keep up the great work
Top

I like your new Scav structure work a lot, as I've said elsewhere..

But I also look forward to HOW you attack the proposition of Scavs "...having a fighting chance.." (Manaze's expression) because
I believe that's at the heart of Scavs being a viable faction and not just cannon fodder....A great challenge that.. on the dev side & play side.

Exactly how ? The million dollar ? In ways that are serious, as in believable and not played for laughs (though
there is nothing wrong with that tack... just a different goal.)

Specifically, I've wondered about the details of getting to where the Scavs can have a believable fighting chance vs. T1 Project Tech at
it's highest level.

I have ideas, some I had a chance to implement on the Pumpkin binary.., But this is your proposition and work and I would be more interested in the details of what you have in mind - in other words, how your approaching those game play mechanics.

Look forward to seeing where your creative vision take you.
.
.
"I need no warrant for being, and no word of sanction upon my being. I am the warrant and the sanction." Anthem

"Art is the selective recreation of reality according to the artist's metaphysical value judgments." A. Rand
.
Top

would it be possible to make it Scavengers vs Cyborgs? That would be very very fun, i also think scavengers should be their own faction.

When making the mod, please keep in mind:

-Buggy,
-firetruck,
-schoolbus,
-jeep,
along with any other body u can release for them

Equalizing the Ability factor, giving them a fighting chance.

Theirs no point in making the mod if the scavengers arent going to win.

All the modern faction bodies (Project, NP, Collective and NEXUS) has been removed and replaced by scavenger bodies

The following bodies are:

The Wheel and Hover are your primary propulsions, Half-Track and Tracks has been removed. 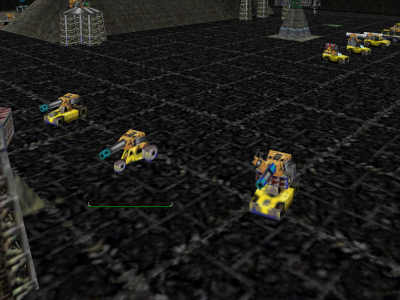 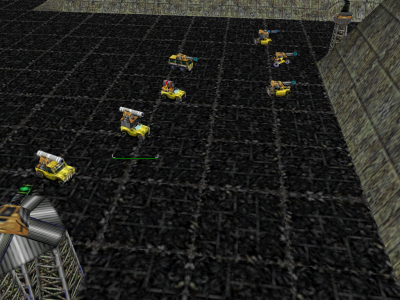 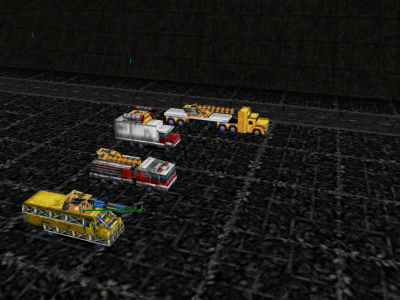 It's not finished yet, but there is: 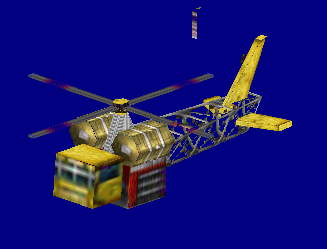 if you look in texture page-7-*.png (pixel coordinates: 243/138) there's something like a delta-wing-glider or paraglider but i'm really not sure. 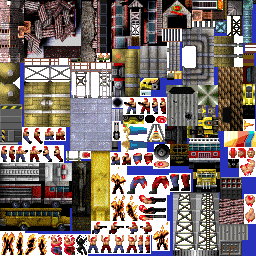 Oh, ic BP... cool,& as Elio said, truly "Scav-like"... Just because WZ does not have persistent battle wreck GFX doesn't mean Scavs wouldn't
scavenge battlefields for weap parts, etc.... or even 'Steal" them from the parts depots of their enemies.

Good choice on the wheel-hover only and borg availability.

Real nice chopper.... always wanted.Scavs to have flight capability in their forces.... many have dreamed of this since the early days....

One thing that would also be all over the USA after the nuke holocaust-winter (intact & undamaged) that Pumpkin never thought to use for Scavs would be Heavy Equipment used in building anything - stuff like Bobcats, Skidsteers and Bull-dozers (come wheeled or trax like tanks).... this stuff far out-numbers Firetrucks and can cover rugged terrain that buses, 18-wheelers, Campers and fire trucks could never deal with... plus they can maneuver in unusual ways ... zig-zag in forward motion real easy and turn 360 on the spot very fast.... plus their bodies are like armor already and what needs armor can be scrapped together Scav-like or like in The Road Warrior movies... just a thought.

EDIT: E com as observações que eu diga adeus e boa sorte. Falar con si mesmo em público é para gente louca e eu não sou..
..
Last edited by whippersnapper on 19 Dec 2008, 21:19, edited 4 times in total.
.
"I need no warrant for being, and no word of sanction upon my being. I am the warrant and the sanction." Anthem

"Art is the selective recreation of reality according to the artist's metaphysical value judgments." A. Rand
.
Top

what have u completed so far biulding wise?

will the scavengers be able to biuld a heavy vehicle?

Also - WIll the user be able to choose wheather or not they want to be scavenger or regular at start-up?

Can some players be scavengers while others be project?

manaze wrote:will the scavengers be able to biuld a heavy vehicle?

Also - WIll the user be able to choose wheather or not they want to be scavenger or regular at start-up?

Can some players be scavengers while others be project?

The Tanker and the Truck are heavy vehicles, while the School Bus and Fire Truck are medium vehicles

Sorry, everybody will be scavenger.
Top

Another Screenshots, this time, hovered propulsion for scavenger bodies. 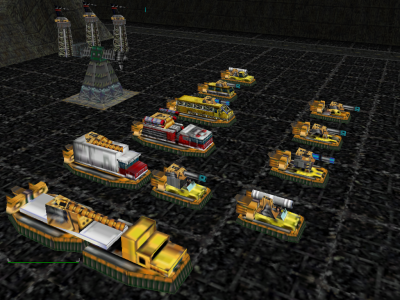 The double Hover-Propulsion of the Truck looks awesome. xD Could allow interesting Movements, but too bad, that every Tank is a single Structure, so no Movement inside. If you know, what i mean. A Truck doesn't move like a single Piece. It's two Pieces.
Last edited by Zi-Chan on 20 Dec 2008, 04:29, edited 2 times in total.

will scavengers be used throughout t-3 or be preliminary before t1 like u did in ntw?
Top