To Addon or not to Addon?

Get some help with creating maps or modding.
Need a map editor or other tools, look here!
Post Reply
25 posts

To Addon or not to Addon?

Gentlemen here I will post maps that are considered to be wrong, bad working, iappropriate, or have some technical problems beyond me. Or any other cases.

I will post here all the cases of the maps I am to upload to Addons only and have been rejected.

At the very beginning I am asking for help about this map.

It was rejected mainly because of no oil wells which is clearly some technical issue I would like to solve. I do not know why, but when I open the map with my flame 1.27 it reads none of it. Please help. Here is the link to the map, where it seems to work for 150 people or we have indeed very shy members.

I was also alsked to ask around if those two maps vary enough to be posted in addons separately.

Find differences in one minute

I personally think opening edges vary it enormously. But it is you to decide. 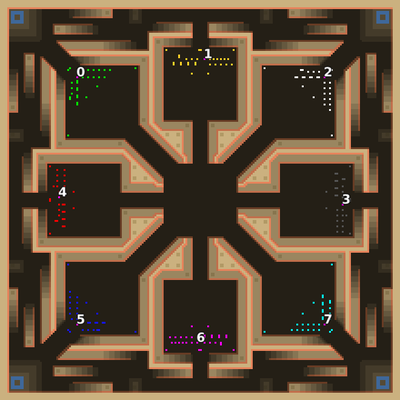 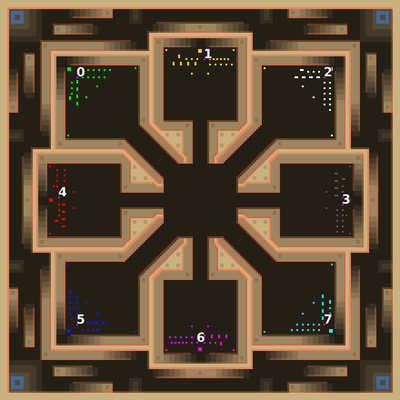 I rejected that map as they are an upgrade of an identical map.
If you have unresolved issues PM staff dont make it a big issue please follow the rules.
viewtopic.php?f=1&t=10768#p119547
see that post and the wiki link that goes with it.
Thank you for adding to the the warzone experience ...
Regards Berg
Top

Berg, all is good.

I did exactly as I was typed there. I was asked to ask around and I do. It is now the very first time I do not fiercely demand? posting, but make a poll. I understand well. You see, the DragonTaill is not even brought up here, as even I see the changes were there too small. But here I am not sure.

Ah I forgot to tell by Duha, to ask around if people would like both Tactical and Fierce map.

And I also simply do not understand what is wrong and why with the simplicity map.

By all means Sir I want all to be nice and kind. I am aware of numerous mistakes I did, I am also not good at background, I only use the very FlaMe tool, and know it from the first plan.

Merowingg wrote:I was also alsked to ask around if those two maps vary enough to be posted in addons separately.

Find differences in one minute

I personally think opening edges vary it enormously. But it is you to decide.

Gosh, mero, how many clones of Squared have you made?

Hope you have acknowledged derivation in each case - as a matter of courtesy, at least...
Top

I am glad that you have point it out zydonk

I have also noticed that you are quite sensitive about the squared not without a reason. Yes you are right here, the basic one goes up to 13 I think, and in 11 cases the diferences are very small and I have already decided (do not worry) not to post any of the almost clones.

However those like SideSneak or Octopus will be posted there, as I believe those vare enough to be placed there. I understand what is ment here, that is why it will be so. But the case of this two with previews is not so clear I think. Opened it is quite a different map according to me. The poll will say

I realize taste is a personal matter, but these maps are both boring in a tactical sense and virtually identical. If the Diorama map generator was creating maps like this, I would have deleted it on day one.

The whole point of the add-ons is to build a set of quality maps. Quality and quantity are not always interchangeable.
Top

That is why soon there will be only one there. I would like to point out that Random Height Generator also can create millions of natural terrain looking maps within one second, when you just have to place oil on it, and yet one may dare it was done like that, although a person was doing a map for hours, to make it as it looks.

I also believe that if addons is to be a place quality maps, then who would be experienced enough to place such maps there, and who would dare to judge them, if the level of basic patterns will be supported. Like oil, bases, no errors.

I have never seen Diorama, and how it works. What I believe I have not seen this pattern ever before here. I can also claim that as I call them, terrain maps, ar all the same terrain, only different. I also follow advice one of important here, who told me to ask around about this million and first time modified squared, which in fact is still played, and if decided to be neglected, will be.

The matters have changed then. I also will dare to say, that I am glad that with the entire time here, I part with no one which must make many unhappy and many happy. I also believe in few things I stick to, and this is who I am. I still take pure happiness to create those maps, which, if not clones, still would be in number of 70, completely different. And I find no blame here.

On the contrary, I wish mapmakers to remain so.

I still don't see what has changed between those they look the same and if they are the same then only the best version should be there
just imagine that I took one of your maps and did a slight changed then I upload it as originway_sq489.wz

the screen shot looks the exact same as yours but there is a difference or two then what happens?
do they allow it?
it is not the end of the world when you get a rejection

Please tell me you just want to take one side, rather than not see..

The matters of questions what is allowed and what not, ask moderators and helpers including yourself then.

As you have noticed it is not the case of rejection, but what is wrong, and the second one is poll one.

stiv wrote:The whole point of the add-ons is to build a set of quality maps. Quality and quantity are not always interchangeable.

Else I'd think it's a place for people to upload their stuff, and others to find and rate it.

It is not. Right now there is a small team of reviewers. As I understand the controversy, someone is submitting a flood of maps which are being rejected and they feel personally hurt by this.
Top

And as I state from the very beginning here, it is not about being offended any more. One of the team members then, asked me to ask around if people would like the almost identical map or not. In that case it was either kindnes or lack of cooperation. I would like to state that here I clearly stat three times alread, that I was adviced, and I ask. Also I ask for help about the Simplicity map, which may not necessarily caome, and one of the reasons is that, it is so simple that one could not imagine. But that is why the name and description. And yet, with walls at plain terrain, at four sides, it yet teaches at leas one technique. Dow to look around for holes in walls, and how to survive attacks from four sides.

If I have time, and if my FlaMe drawings are possible to be opened, then I wil ltry to reviewe it. I know it was only one day since I have posted the Simplicity map question, bit there was no response like. When I/We have time we will look at it, no worries. And two reasons, the second is lack of time, are obvios.

Also if there is the very team, remember it is you who create here, as you are, even if according to the rules. Also I will point out for the very last time, it is the other way now, and I ask around, and even more surprisingly asked to. I understand that after such a long time and preparation you do not want to have inappropriate things there.
“Beneath this mask there is more than flesh. Beneath this mask there is an idea, and ideas are bulletproof.” - V

OK, let me clear this up just a bit.

As I tried pointing out here: Addons
Basically, just don't have any error messages in your logs that concerns your addons, those get rejected.
Then, we obviously don't want duplicate versions of the "same" map, so those get rejected as well.
If the contents of the addon is inappropriate, then that gets rejected.
Anything else mentioned in the wiki that goes against those rules, also get rejected.

We do want final versions of the addon in question, we don't want beta versions up.

Other than that, then it should be good to go.