Did you create a mod, map, music, or a tool? Present them here and earn feedback!
Note: addon requests do not belong here.
Note, everything uploaded to this forum, MUST have a license!
Post Reply
514 posts

I always manage to protect myself with mg towers. Usually easy enough.
Give me a particular map where you have problems and i'll try to survive. If i won't, i'll add a delay (:
Maps | Tower Defense | NullBot AI | More NullBot AI | Scavs | More Scavs | Tilesets | Walkthrough | JSCam
Top

Give me a particular map where you have problems and i'll try to survive. If i won't, i'll add a delay (:[/quote]


all the 4 mansion maps(your plus my 3 version), FabCrazyScavs, Fab mount square for the central bases, for example.
is it this mod heavvy only for me, for the game engine?
i use it togheter the nullbots
Top

if 1 player can survive, but scavs killing all the bot, on my and enemy team on the first 2 minuts, i think the mod will be working better..
with advantage base's it's possible survive easy, but not without.
Top

Haven't had much problems surviving on (in?) Mansion at 1.5x speed on touchpad.
Hmm, will get 3.1-git now to avoid chopper crash.

Also, this scavenger AI is (more or less) deterministic: in a symmetric map all players are being attacked equally, unless scavs build one new factory (or chopper factory) that is closer to one of the players. To be exact, they attack things closest to their factories. 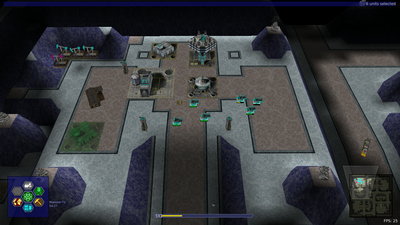 Choppers shouldn't be much of a problem as well. 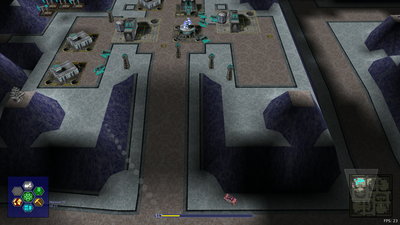 if mortars come, just repair yourself unless you have some tmg hts 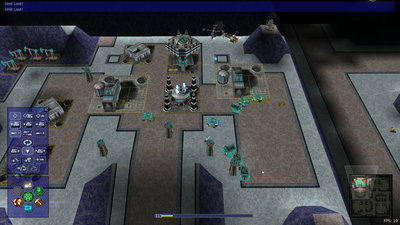 no, in mansion i haven't got real problem, was my error , true. Sorry, they are ok on it, because scavs don't starting with armies.
but try fabmountsq and fab crazy scavs... good luck.. but luck can't save you.

try here if you can win

I like the ultimate scavs, and i like make scavenger's maps, and play with its. ( all my map are made for play it with funny scavs)

i hope my opinion will be of help for the envelopment of this project.
If this project to be continue well as now, in future more people, and not only pro player will play with it and having fun.
Best regards, and thanks for your good work NoQ.

some my maps have got a lot scavenger's units and trucks. 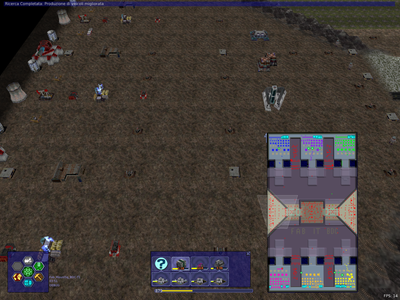 scavs donìt move their truck after 5 minus, ultimate scavs mod it's incompatible with nullbot 2.02 scavenger personality.
A part this, scavs has lost all his unit on the first 3 min and now they are weak, because they has got only some spare units (and structure).
I think they will be really interesting if they can work with a nullbot personality, and when they are under attack can send mass of unit for kill the enemy... 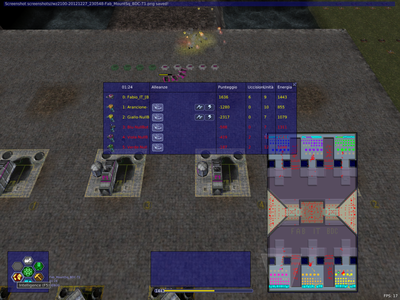 After 1 minuts scavs attack with a lot of units. and loose all their buggy, jeep etc..

scavs donìt move their truck after 5 minus, ultimate scavs mod it's incompatible with nullbot 2.02 scavenger personality.

Of course! There is only one scavenger AI you can run simultaneously. Also, nullbot-scav behaves exactly like ultimate AI, just without using the extra data provided with this mod; it won't "attack you with a mass of units when you attack him", only standard scavenger AI does that.

Will reply later on the rest.

EDIT: no, won't fix. The map you mention clearly has too many scavengers; if i do the balance against this map, then it will be too weak on regular maps. Strict map design guidelines are a significant part of any game's balance. It is obvious that no matter how weak scavengers will be, one can easily make a map where they win in 3 minutes; but it won't make the scavengers overpowered, it will only show a problem on the map side.
Maps | Tower Defense | NullBot AI | More NullBot AI | Scavs | More Scavs | Tilesets | Walkthrough | JSCam
Top

Any chance this topic could be made sticky?
"Dedicated to discovering Warzone artefacts, and sharing them freely for the benefit of the community."
-- https://warzone.atlassian.net/wiki/display/GO
Top 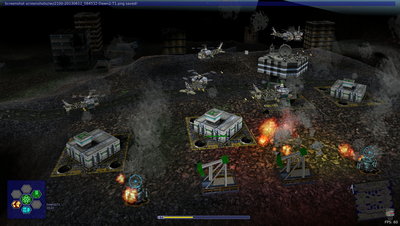 Any way to give us control? eg: the ability to set scav difficulty, or activate "auto balance" for noobs. for instance, say i play like a pro one day, but the next im off my game and im playing like a novice, i want the ability to dumb down the scavs a bit. like you can with standard AI, eg :easy medium, hard.

EDIT1: also, ive played using this mod (on previous system) and found that scav units captured with the nexsus link weapon, dont.... work right (?).... :/. almost like if you capture it, all its scav benefits disappear, or rather, its less effective all of a sudden.
Time, it is always moving, even when we stop.
Top

Emm, i don't think such thing as scav benefits exists. You're probably talking about them loosing their upgrades.

What am I doing wrong?

I use it in combination with the contingency mode.

As far as i know, contingency thread contains its own version of this mod, compatible with contingency but not with the base game.
Maps | Tower Defense | NullBot AI | More NullBot AI | Scavs | More Scavs | Tilesets | Walkthrough | JSCam
Top
Post Reply
514 posts