Did you create a mod, map, music, or a tool? Present them here and earn feedback!
Note: addon requests do not belong here.
Note, everything uploaded to this forum, MUST have a license!
Post Reply
517 posts

Berg wrote:then are the units manned or unmanned are the scav soldiers brainwashable I think this all has been discussed before and the conclusion was units have men in them...

I know this will start something that is not relevant to this thread...

And a very fine discussion it was:

You should give it a look Giani. I forewarn you, it's long. lol

And btw, the word "hack" is also used in the context of biological systems. A very interesting macro engineering science book published recently is called "Hack the Planet". It would make for an engaging premise for a sequel Campaign.... but that's for another topic.


Berg wrote:And what should the turret look like giani

I gotta hear this one. Please do expand on your thoughts Giani.

If Nexus is the supplier, shouldn't they look this this? 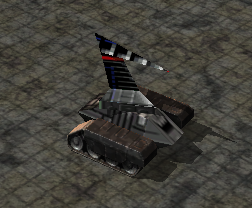 Berg wrote:That is a fair point fail but i was thinking of a scav hybrid see the factory and units they use not entirely standard units or turrets

As I am understanding you, the goal is a hybrid look. I would go a step further. Not just a "look" but also incorporate a Nexus consideration. Give the Scavs the turret stock because it's NEXUS tech & built but have them mount it on a pure Scav chassis / propulsion - something heavy duty like maybe a CAT dozer. Just a brain burp.


Im just having a brain burp

Outside the box... yes, there's a whole world of untapped possibilities with Scavs. Really interesting too.

The Scav enclaves on my maps have substantial oil drum depots which would be a big prize but only if the player can beat the Scavs with a precision offensive. If the player just does the usual steam roller - KABOOM! .... the prize is lost. An interesting challenge, me thinks.


I dont think there is a right or wrong way to think about scavs but i do like the idea of the rise of the tribe some one should right a story about it.

I agree. Scavs are mostly a blank slate.

I've written a number of fan fictions about 'em exploring those possible worlds over the years. Some are scattered in my project threads starting with "Trinity" in 2007. I find them inspiring still after all this time.


New nick? Is that short for burgermiester?

Just for storage here is the chopper pie file reworked to run in 3.1 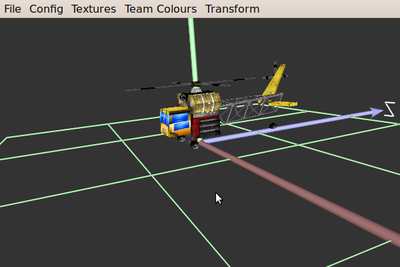 
I used the Scav Chopper in my "War School Map-Mod" but always giving credit to it's creator - Black Project.

The tribe just ran me off my land and took my assets... what has happen to the world.
Top

Needs a little balancing, methinks.. Scavs ran me off my land as well, on a T3 game

They build too quickly and are way too powerful for their own good.

NoQ wrote:On which map? This clearly depends on a map.

One of mine, 'Urban Closer'. They rush me within two minutes, and I end up getting my rear handed to me shortly thereafter. Play the map and you'll see for yourself.

Made a spinning helicopter blade animation (texture animation, not model).

Spent ages trying to get it to work properly with seemingly random occurrences of it working an not working. To discover there's a bug with the texture animation for VTOL jets which means it'll only work properly for every 3rd teamcolour starting at zero (so 0:green, 3:black, 6:pink 9:someothercolour).

"...If pure awesomeness were bricks, this would be the Great Wall of China...
The glory of this has collapsed on its self so far, that even the neutrons have collapsed."
Top
Post Reply
517 posts