Did you create a mod, map, music, or a tool? Present them here and earn feedback!
Note: addon requests do not belong here.
Note, everything uploaded to this forum, MUST have a license!
Post Reply
34 posts

Let me proudly present you: 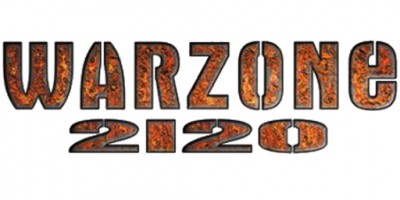 Warzone 2120 is a Total Conversion Modification that sets you 20 years later after the Project defeated NEXUS in 2100 in a war to rebuild the world after mankind were almost obliterated from a nuclear disaster (a.k.a. The Colapse)

Almost everything in the mod changes the game, from researches to even weapons! Let me sort out some of it's features

New GFX for walls, hardpoints, base structure (almost all), propulsion GFX (a few needs to be redone yet)
New variety of defensive structures
New research topics replaces older ones (mostly - later, i'll provide a good Tech Tree to avoid some trouble, BTW, you have to discover some new topics by yourself, most of them none)
New variety of cyborgs + the bigger campaign transporter: it's called Starlifter.
Freshly new Super Cyborg GFX, much thanks for Xenon for allowing me to include it to the mod
Intelligent AI: DyDo AI 2.1.4
New sounds for Wheels, Half-Tracks, Tracks, Hovercraft, VTOL Aircraft & Cyborg...

... & EVEN MORE STUFF ALONG WITH YOUR EXPERIENCE ON THE MOD

Any licensing issues report it immediately

Provide me feedback of the mod, both Skirmish & Multiplayer are fine

Report bugs, errors & crashes, i'll analyze it later
Point to me whats it's good or bad on then mod

Which things needs to be changed/improved, it's a Beta release

Don't post stupid & brainless comments, it will be disconsiderated in the feedback

Screenshots will be posted later, but you can post it too.

This post is subject to be edited later for more information about the mod or when a new version is released.
Donwload Link: http://addons.wz2100.net/files/mod/wz21 ... eta.mod.wz

Edit (05 Sep 2010): Download link of Version 0.2 Beta updated, the older link was broken, since this version has been approved.

- Fixed a error in the number of weapons in ZNULLDESIGN

The full file is 97K before I can get into the game.

I know this is a skirmish/MP mod, but it crashes the campaign game if you fail to remove it. The autoload directory isn't a very well thought out idea, it should be split into different sections, since the game can't tell if the mod is for campaign or not.
Top

If I recall correctly, it might be possible to set it to one (rather than go back and edit every model,) but whether or not this works without unintended artifacts is not guaranteed.
Also, which editor did you use?
Top

Then why are you using it?
Top

Then why are you using it?

I was just stating that for everyone else to take note. I accidentally hit new campaign instead of skirmish, and it crashed.
Top

I also noticed that you have the translucent flag on some polygons, this currently isn't used and should probably be removed via 'simplipie' (http://developer.wz2100.net/browser/tru ... implipie.c).
Top 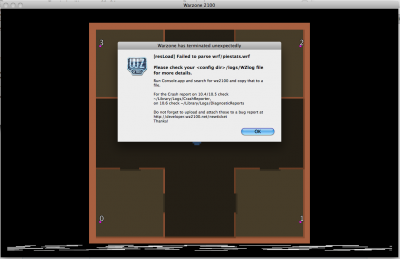 I use PIE Slicer DX V1.12 (GFX Editor made by Stratadrake)


Safety0ff wrote:I also noticed that you have the translucent flag on some polygons, this currently isn't used and should probably be removed via 'simplipie' (http://developer.wz2100.net/browser/tru ... implipie.c).

I guess to myself how to use the simplipie, i don't know even how to begin

Instructions to use it are apreciated, thanks

Square, check out if there's some mod else in the "autoload" folder, it's in "mods" folder (Warzone 2100 root folder).

I bet that after i saw the following lines (I guess the Art Revolution GFX Mod is in the autoload folder AFAIK, causing conflict with Warzone 2120, i don't have sure)

2 issues which i know that people don't need to report it:

AA laser upgrade names are same as the older AA guns, i will change that in the next beta
Angel Array MRL & Firestorm MML Array uses same GFX file, it's because i did not make a new GFX for the Firestorm, that's all.

i spended almost all saturdays and sundays just to finish it

Because it's a beta release, i don't pretend to update DyDo right now in the next releases, i still didn't tested the DyDo 2.2.1.

I'll wait for the feedback first before i can jump to next release.

Do you have checked out in the main menu with Warzone 2120 activated where shows which mods are activated, the extra textures in the error log are not from Warzone 2120, it's from another mod.

nope, there is nothing.

Did I mention that I can create a game, but if I start it, then the error Popup comes...
ModManager for Mac os x
Top

So far I have no bugs or issues to report, only some balancing issues occurred.

Apart from that I am wondering if you could increase the projectile speed of the laser and the needle guns.

I have tested the latest DyDo AI and it is really well done, but sure if merging means a lot of work you should ask him when to expect the next version, so you won't have to do all the works that soon again.
Top

This looks interesting... Will try it out
Error: Keyboard not found. Press any key to continue.
~Co-Founder of the clan BDC.
Top

Hi,
Ive a little problem with your mod:
I followed your description (global/autoload etc) but and the game is also loading the mod but everytime i want to start a game (singleplayer/mp-skirmish) the game crashes

the following Error goes on to my desktop:

For information on how you programm can cause an assertion
failure, see the Visual C++ documentation on asserts

(press retry to debug the application - JIT must be enabled)

I tried both retry and ignore but i had no success, also i am a noob in computer-technology, so ive no idea how to work with the "Visual C++ documentation on asserts"