After enjoying this best rts game around for a couple of years now and having requests regarding map changes I finally thought to myself.... time for some actual contribution (however small) from my part, more then just playing the game until my arm hurts and occasionally showing up at the forums.

Playing 3 team multi-player games gives a whole new and different dimension to the game (assuming the players know the game very well). New in WZ 3.1 is support for 3 and 9 players but there are not that many maps tailored for 3 team play. I like the 9c-Fortaleza_B1 map a lot (credits to creator), so I took this map as a starting point and made some changes to it.

The attached zip file contains 3 maps; a 3,6 and 9 player version, so with any of these numbers of players the advantage to own the middle to max out your oil income remains intact. Should give some nice battles towards the middle.

Enjoy and feel free to comment or even have requests. I might visit the forum again some day

Please upload some map-preview too.
So people see what they get very easy.

And this spamming (See Rule 3 from Forum & IRC & Game hosting rulesviewtopic.php?f=3&t=5520) is pretty annoying when you host 3 games in lobby - never starts and only for spread/spam your map.

3) Don't spam. Discussion and straying slightly off-topic is fine, as long as it isn't outright advertising for something unrelated to Warzone.

Duda, I don't know what you make of this, but this only is about the forums. Me hosting the three different maps for about an hour, clearly stating in the title of the game there will be NO PLAY, ONLY SHARING MAP seems in no way any violation to any rule. Look for someone else to piss on pls. 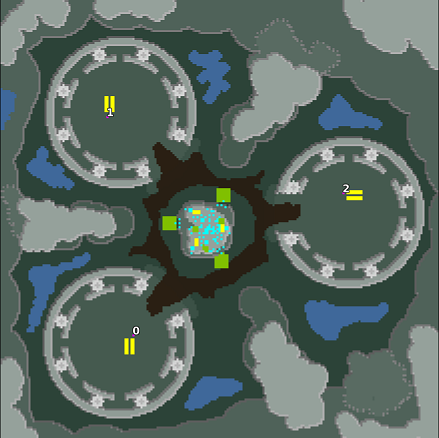 btw....no idea how to get a preview on here
Top

Rockit wrote:this only is about the forums

Where relevant, these rules apply to all of Warzone


no idea how to get a preview on here