Other talk that doesn't fit elsewhere.
This is for General Discussion, not General chat.
Post Reply
8 posts • Page 1 of 1

Hi, i only just recently found this place(was searching on the web for Threat map influence).

I used to hang out over at NEWST with Blacksabbath(What's he up to now?) and the gang(I remember Troman!) when it was still around, but i had to drop off the radar when i went to University.

Now i'm out and have a fairly stable job and am looking for a project to give me something to do. I liked Warzone, so much in fact, that i started writing my own 3D RTS based off it. I even used the same textures and hard-point ideas. But it's a little slow just developing by yourself and with no other input from other devs, so i'd like to join you guys to help out.

So, do you want help? And if so how can i help? Do you want a nice quick resume to decide? Do devs even look in this forum?

new devs always welcome here. Devs are checking this forum almoust everyday. Main person here I think DevUrandom. Ask him what to do

. Go to IRC chat , in the evening there always somebody of devs.

But If you know C++ & 3DsMax you can quick to modify pie export plugin.

NEWST, that was last millennium, wasn't it?

Hi, Spikeles, glad to see more old members visiting us. If my memory doesn't deceive me you were working on Total Warzone with Blacksabbath.


Spikeles wrote: So, do you want help? And if so how can i help?

We sure do, i'm sure you could be helpfull.


Spikeles wrote: Do you want a nice quick resume to decide?

Not really obligaroty, but I guess it could sure be helpfull if you could give just a brief overview of your skills.

Yes, those who are not currently busy usually stop by now and then. Although we prefer to cummunicate usung the mailinglist:
https://gna.org/mail/?group=warzone
or IRC.
Sign Up for Beta-Testing:
?topic=1617.0
Top

Terminator wrote: But If you know C++ & 3DsMax you can quick to modify pie export plugin.

Yes, i know C++ and i know 3DSMax, but i don't have a copy of max atm, the one i had was umm.. not a full version, and i've been spending more time with Blender(which is just as good if not better) instead ( www.blender.org )


Troman wrote: Hi, Spikeles, glad to see more old members visiting us. If my memory doesn't deceive me you were working on Total Warzone with Blacksabbath.

Was trying but was heavily into Uni at the time and wasn't able to do much.


Troman wrote: Not really obligaroty, but I guess it could sure be helpfull if you could give just a brief overview of your skills.

I can model, but not very well ( see the pics below )

I have also written my own script language ( it was crap, used python in the end instead ), i can program on both Linux and Windows so i can help with portability.

I attached a picture of my game i've been working on in my spare time (notice the Warzone textures i shamelessy "borrowed".. I'm not a texture artist OK!!)
It has real-time lighting, particle engine, non-linear movement, basic AI that will build units and attack you, can even take 1st person control of a tank.

But that's beside the point, i'm sick of working on my own and want to be involved in something more group orientated and if my skills can be used to help someone else, even better. 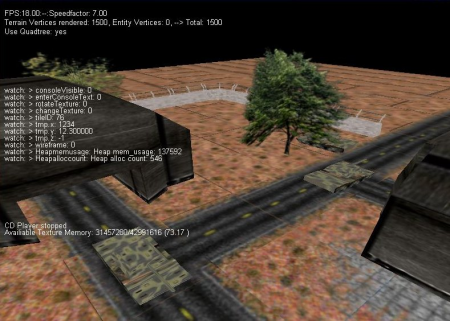 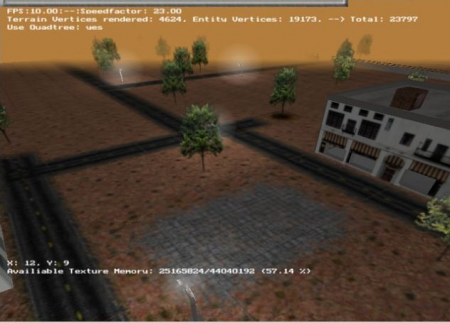 We have a long whishlist at http://wz2100.net/wiki/dev:future_ideas
Maybe you want to take a look?

Better support for artists of any kind is definitely needed as Terminator said.
A Blender export plugin or .3ds to .pie converter maybe.
Perhaps even use a new model format which supports more features?
Bzw. use an existing one which is supported by all major editor (3DS,Maya,Blender).

You can also take a look at the graphics engine. It seems not very performant and when I took the last look it seemed to do lots of redundant stuff. Eg in the shadow code. (I have to admit that I am not GL wizard...)

Whatever you decide to do: You are very welcome!
Top

Looks good to me.

I think the biggest problem with the game is netcode atm (the game could as well be named AsyncZone) and, to second Devurandom, outdated GFX.

BTW http://wz2100.net/ has all the necessary links for you to get started: repository link, wiki, IRC (not really crouded lately) etc.
Sign Up for Beta-Testing:
?topic=1617.0
Top

OK, i signed up the mailing list, and got the source code. Had a bitch of a time trying to follow the instructions to set it up in windows, so i just rebooted o linux, and had it working in <5mins.

My next suggestion would be a tutorial on getting it set up in cygwin, which i guess would be a hell of alot easier then ath MSYS stuff.

After an intial perusal of the code, i heartily agree that the GFX is one of the major components to focus on.. The terrian code draws each tile independantly in a giant loop, it could be optimized alot as constant glBegin/glEnd calls like that arn't good for the throughput of the GFX card.

As mentioned in the future ideas, VBO/VBA's are the way to go. And while i'm on the topic of gfx, have you thought about implementing pixel/vertex shaders? ( i'd recommend nvidia's CG library/compilers if so, and yes it works on non-nvidia hardware too ).

So, i will poke around some more, and the next post i do will probably be in the dev forum ( if i'm allowed to post in there). I'd like to work mainly on the gfx since that is where my interest lies, but i'm happy to do whatever needs doing.

On a side note i notice alot of code mirrors some work i've done(the widgets for example have very similar code to mine), i guess there are only finite ways of doing code.

And finally, thanks for making me feel welcome, i hope i can contribute something usefull.
Top
Post Reply
8 posts • Page 1 of 1