moltengear wrote: ↑
27 Jun 2020, 07:04
It is very bad that before there was no release 3.4.0 beta 1.
Now again we sat in a puddle in the eyes of the players and fans of this game. And how could such an obvious bug be missed ?! Checkmarks are reset on the checkbox element "Ready" from any change in the room!

I think it won't be a problem to just release 3.4.1 just for bug fixes

by andrvaut
The host, if desired, can easily add a mod with a change in balance.
But no one is in a hurry to do this ...

As the author of changes in research, I want to repeat the reasons for the rebalas of technology.
Technologies at startup with a base or advanced base are shifted relative to starting without a base.
This is most clearly seen on a bunch of mortar-fire.
When starting without bases, at the time of opening the mortar the flamethrower has 4 upgrades + the flamethrower itself.
At the start, with a large base in the old balance, the fire has no upgrades.
So the mortar should be "equal" to what kind of fire?

For players who want to play on early technologies, a small base start has now been fixed. Personally, I now choose it.

The fact that too many technologies are open at startup with a large base:
I support this position, but in the process of discussion, it was decided to maintain the availability of the mortar and repair shop. And they open relatively late. I wanted to set the technological level immediately after receiving the modules at the plants.

You can change the parameters by modifying these lines:
https://github.com/Warzone2100/warzone2 ... es.js#L332

moltengear wrote: It is very bad that before there was no release 3.4.0 beta 1.

It really would not matter. Not many people test the development builds and we mostly only hear about new problems after a release. With pastdue's amazing work to automate the release process as much as possible, we can streamline a new release very quickly now.

moltengear wrote: Now again we sat in a puddle in the eyes of the players and fans of this game. And how could such an obvious bug be missed ?! Checkmarks are reset on the checkbox element "Ready" from any change in the room!

This was a requested feature and is not a bug. Stop adamantly asserting things as fact when they are not. If there are situations where it is overly unnecessary then it's easy enough to disable.


Prot wrote: I think it won't be a problem to just release 3.4.1 just for bug fixes

Yep. The core focus of 3.4.1 will be on bug fixes. Could do a new release in weeks or days from now.

by Arsoth
Counterpoint; as someone who has been playing for at least 11 years (search username "Yamar" for proof, sadly I don't have access to that email acct anymore so I can't recover my password

), the latest updates have done great things for the game while leaving a good difficulty curve in place (although path finding suuuucks... but the devs know this).

Happy to keep playing and seeing what comes down the pipe with the streamlined updates.

And as always with FOSS, it's open source, if you don't like it... submit a patch, or at the bare minimum comment on github threads with your opinion.

by AlexTheDacian
First of all, I'm glad to see that the forum is still active, with a lot of known folks still hanging around.

On the subject of Bug Fixing, Balancing and Releases... @Scorgy_Doo

Bug Fixing
Even if some bugs are old, and I mean very old, older than Pope Francisc, we're still trying to fix them. I'm not trying to find excuses. I'm simply going to state that even if there were 50 devs, not all of them can know how to code and properly fix stuff. Me included. We're trying to fix as much as possible, but we're very few in numbers, and the issues and suggestions are growing and growing. If you want to see them fixed, instead of just ranting, why don't you give a hand in helping us?

Balancing
This has been a very sour topic since day one of the open-sourcing. Various releases had various stats changed and research times modified. People have expressed their opinions on it in more ways that I can count. They even complained about the difficulty in the Campaign... So, in a very non-usual way, I've presented a new method so we could have a proper balanced game: create a new 'Classic Mode', that can be toggled in-game, using the stats, models and textures from the original 1.10 patched game [or 2.3.x] so people finally will shut up and play the game as it was intended to be played.

Releases
Now this...
As you may or may not know, currently there is a very noticeable split between the members of Warzone 2100 Community because of the broken Steam release.
The 3.4.0 Release is meant to bridge that gap and unite once again the diaspora of WZ2100 players. I don't know where you came from with that statement that a lot of old players will simply move on because of the various changes. Making the game easier? I think not. What we're doing here is very simple and clear. We're upgrading the game and giving people quality-of-life features and options. Yeah. O-P-T-I-O-N-S. One older hardcore fan wants to play a match in old-style graphics and balance? He plays on `Classic Mode`. One new player who doesn't know squat about the game wants to try it out? He plays on 'Normal Mode'.
If you're saying that what our current objective is to kill the game, then, my online buddy, you're sorely mistaken. We're keeping it alive and kicking.

As a little bonus: Cheaters
I really don't know where this idea formed into your head that all the Russian players cheat. [I have the full liberty to talk about this as I'm Romanian, so -1000% bias from me]
I've been playing for like forever with various people from Russia, and just the idea that they would cheat makes me laugh. This game has been synced, and resynced and fixed so many times for these kind of accusations. [you can check the old 1.0~1.10 adventure changelog and the 2.0~3.4.0 changelog]
These aren't the early 2000s anymore, where you would unplug and plug back again the internet cable from the router so you'll desync and do various bad things.
I've never encountered a cheater in like so many years since I returned to this old gem. And that's thanks to the incredible work of the previous and actual devs.

by The Overlord
Don't take RB's bait. If he wanted to win a multiplayer game, he would "git gud" like everyone else.

On a more positive note, I'm excited to try the campaign: I heard it has gotten much less buggy!

Oh, don't even start being f@%#ng racist.
Political views, and even more Russophobic, I believe have no place here. And all who groundlessly accuses the whole nation of total cheating, I believe that you need to ban on the forum, and do not give a word.
It's not the Russians' player fault who play better than you.
So either prove it or shut up!

by DemoneNero
Thanks a lot

by Iluvalar
We are at the point where we need 3 mods it seems.
1-The classic mod with few changes.
2- The failure andrvaut is attempting to do*.
3- A legitimate modern research tree. To move on and allows people to add new stuff.

For this we need a robust mod selection. This is host select a map AND a mod. The code for this was already 50% complete back in 2.3 . If no one touched it much, it should be as simple as downloading it and running the load at the right moment. Bonus points if the host can load many.

*I say that with profound respect to andrvaut, but the problem is, every time you buff or nerf something, it cause everything is the same research path to buff or nerf and by rebound everything that share a part of the same research path and back again to their own path. In other word, any change even minor cause the whole research tree to need a rebalance. Which require thousands of hours of play testing.

by MaNGusT
Splitting online is a mistake. Even big online games can't do that. E.g. I played one online game in past. It had about 30 maps that chose randomly in matchmaking. Devs could not add ability to deselect maps I didn't want to play because It significantly increase time I'm searching a match to play (even If I want to deselect one map) - It's a law of online games, you just can't make everyone happy. There has to be one version and one balance for all.

by Iluvalar
The maps alone in WZ create crazy diversity. And there is mapmod around since a long while. If it was a law that the only version is low oil t1 no base, then this game would be extinct long ago.

didn't it? How many people play this game? 100-200?
Devs do their best to lower entry threshold to play this game online, to make community growing, and you suggest to add even more unnecessary options to make new players finally confused. Huh.

Yes, I talked mostly about ranked auto-matchmaking in commercial game but splitting mp's online is always a bad thing. There should be a general config at least for balance stuff that would satisfy most of players. Others ~3.5 "cripples" could always play with each other their own mods.

P.S. I've never understood people that play high oil maps. It's like you hold mouse by one hand, while other's hand finger stuck in nose.
Spoiler: 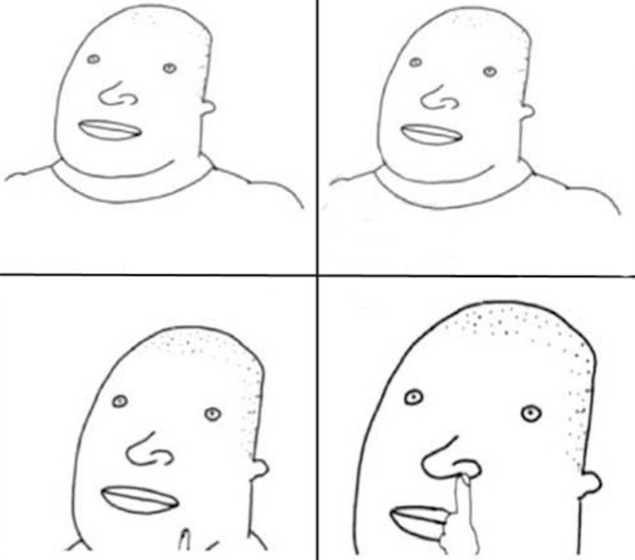 by Iluvalar
My presence alone, here and now, kinda disprove you. Doesn't it ?
100-200 sounds about the amount of people playing NRS in 2.3 when you pulled the plug off for the same broken argument.

by The Overlord
I think the endgame for multiplayer is to create settings (i.e. low oil, high oil, water, mountains, mods etc.) and then randomly generate maps so the emphasis is on adaptability and troop movements vs perfect research and moving back and forth on a flat map. Hopefully the standard would be totally random map settings with mods separate for a fresh flavor every once in a while. Obviously this is far down the line.

There are actually a ton of people that play multiplayer right now, with the coronavirus forcing many online. Any big changes to multiplayer as it is would take too much effort to do without a lot of debate

by Iluvalar
Random map generation is impossible due to the 21tile rule. Which is caused by the range of the machine guns (7 tile) and the bonus HP given to structures (3x). So it's basically hard corded. Most map maker follow the rule by instinct alone, they just know what kind of choke point work for the situation they are aiming to create in the map. Too wide, defenses are useless ,too narrow, it's an infinite turtle war.
All times are UTC+02:00
Page 2 of 3
Powered by phpBB® Forum Software © phpBB Limited
https://www.phpbb.com/