I just tried to compile the may version warzone2100-master-20180526-021601-f8fd447.tar.xz as that seems to be the most recent one featuring a windows executable as well, but i ran into a problem: wzconfig.h:32:10: schwerwiegender Fehler: 3rdparty/json/json.hpp: Datei oder Verzeichnis nicht gefunden ...

I think radar sensors should also detect jammers, otherwise jammers are too overpowered at least from my experience with 3.2.3.

I don't have a file called tests/maptest.cpp and as you said one file (main.cpp) was not fixed.. https://pastebin.com/raw/tfU5httX

I can't compile it for linux because I'm getting lots of physfs deprecated warnings: https://pastebin.com/raw/xX1y4xRh Also is it intended that you can shoot through your own walls? I'd also like the jammer towers not to work against HQ radar, otherwise it's too overpowered. And it would be nice if ...

Tzeentch wrote:That bug was marked as closed (fixed) sure it is that one?

Does config.log say anything useful-looking? Lol yes, thanks why didn't I come up with this myself.. :lol2: Package Qt5Script was not found in the pkg-config search path. Now it compiles.. Thanks for all these helpful comments so far! :) And by the way should i use sdl or qt backend whats the diffe...

Ok emerging qtwidgets didnt help, but probably i'm missing an other qt5 package, can you give me your »equery l qt\*«, so i can check if i am missing something?

Need Help Compiling 3.2b4 on Gentoo Linux. (QT5 not found)

Hello, i tried to test Warzone 3.2 beta4 on my Gentoo Linux, but i cant compile it because during ./configure it doesnt find qt5 but qt5 is installed beside qt4.. checking for QT5... no configure: error: Qt 5 not found - required! What can i do so wz finds my qt5 during compile? qtchooser for exampl...

[Edit: perhaps the windows could also say something, eg one could make them to form a glider

Edit2: huh great if one cuts the three windows on top it alredy forms one stadium of a glider, i think it's in my blood 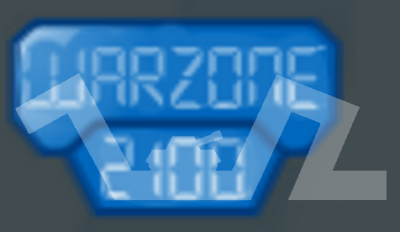 merged with old logo, perhaps someone get a good idea on how to make this looking good