Seems like a bug with rendering multilevel pies. Only some meshes of model has right shading. Or WMIT exports bugged normals for such models. 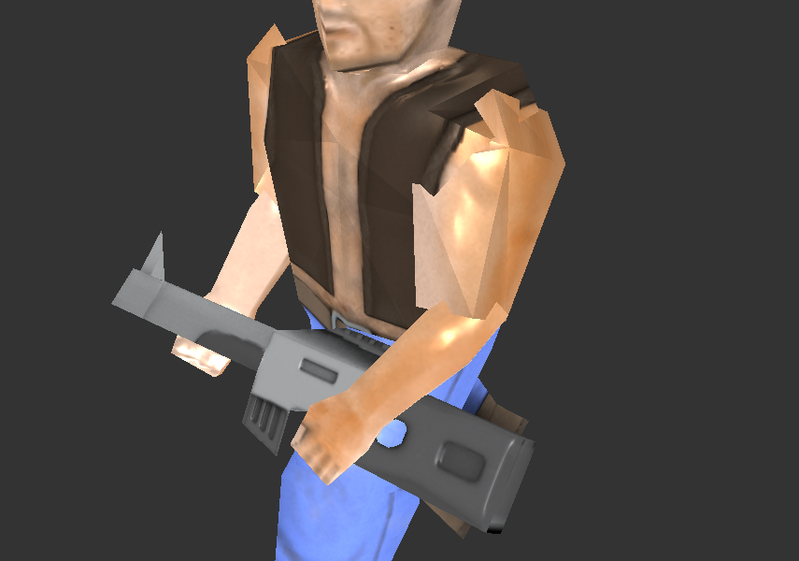 Do you have same shading problems when import obj s ?

hmm no I don't have thoe problems when importing .objs

My two cents (according to locale

) to discussion. It seems somewhat ineffective, how scavanger holds weapon (at least on move). Supposing it's LMG or generic MG (aka pecheneg, m245, mg36) - I don't remember, how it's in reality, but weapon could be set higher (with shorter grip), to at least encumber legs while running. And butt could be at one level with shoulder. I found video (russian, but enough for showcases), with Pecheneg - how it's used by pro.

there's some fun moment at the end (ru hulk with relatively heavy MG at hands):
https://www.youtube.com/watch?v=oeRTRSeA60U

Also, remembering, that units have ac/de_celeration, as well as different move speed on cliffs, they could have walk (not run) animation for such speed.

Yet I though, what if scav troops with enough unit skill (could be at late campaign besides MP) could shoot on move. Of course, movement should be done only on approach, and be slow. When retreating, no shooting possible.
Top

Hey Art Revolution team, which software programs do you use to create the models and textures, then convert the models to .PIE file format?
Top

Black Project wrote: ↑
17 Mar 2020, 00:07
Hey Art Revolution team, which software programs do you use to create the models and textures, then convert the models to .PIE file format?

We use 3dsmax, Blender to create models + export to *.obj and WMIT to convert obj to pie.
We also bake base textures by 3dsmax, Blender then edit them in image editor like GIMP, paint.net, photoshop etc.

@nick: He shoulders the rifle while firing, but not in the run animation.
As for the acceleration/deceleration: I'm working within the limited framework here, and at the scale we can see it in warzone, I would actually say the current system is good enough, i.e. one walkcycle, because he's alvays running at constant speed, and one firing animation, with no transition inbetween. There's also a flaming death animation, but I haven't touched that one so far.
@BP I also have an animation exporter script for blender that I have made myself, I can give it if anyone wants, but it's still a bit rough (need to add good scaling options etc.) 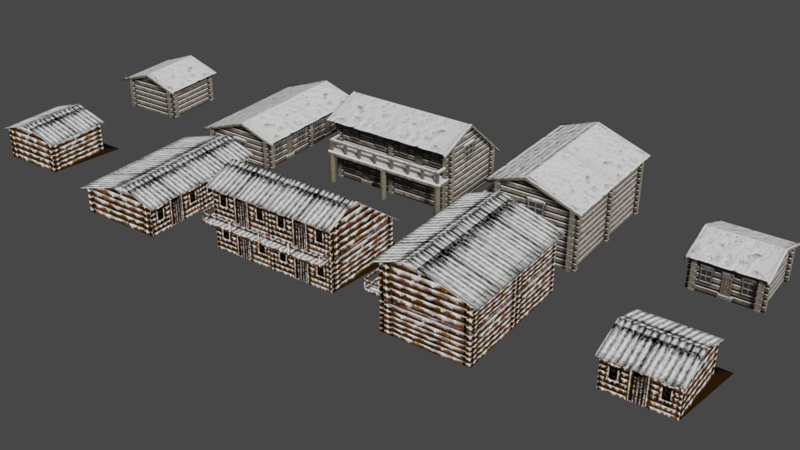 Yours look so natural while original models look more abandoned. May be it's just noisy high contrast textures give such effect

He shoulders the rifle while firing, but not in the run animation.

Well, may be not so precisely, might depend on case. First time I did not look first vid full, now I catched moment when weapon ended up reversed (but in left hand instead of right). Yeah, all such moments are rather for fps).
For generic sharp-state animation - assuming they don't lie (which is like reason for unoptimal weapon pos after standup at vid), butt could be at level of its hand (by shoulder I meaned part above forearm - may be call it backarm?).
This is for running. For quiet stand - looks meaningless.

Edit: well, trainees at vid seem to be always sprinting when running.
Top

Keep in mind that these are not professional soldiers. Just guys with guns trying to look badass