Did you create a mod, map, music, or a tool? Present them here and earn feedback!
Note: addon requests do not belong here.
Note, everything uploaded to this forum, MUST have a license!
Post Reply
124 posts

I'm glad to see that work is still being done on this project.
Holocaust and Genocide, both linked to Mass Slaughter.
Top

Did some repainting and fixing the models of the weapons 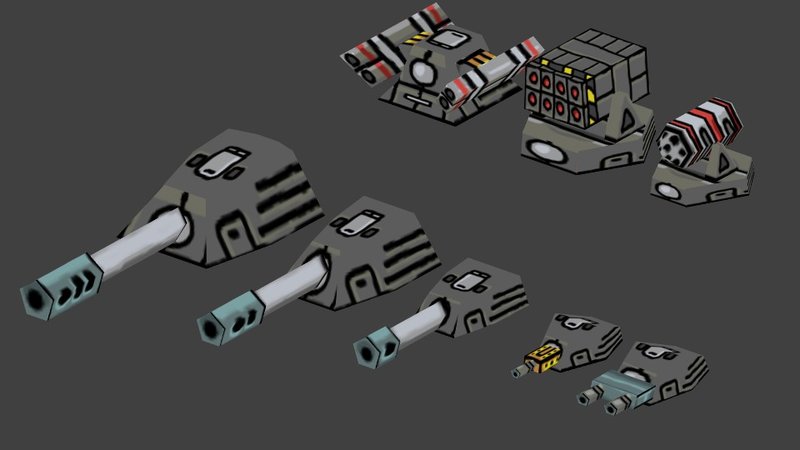 First let me say I'm sorry. I really hate to be the guy that digs up an old post. I know how you guys hate that. But, Golly-Bob-Howdy, Vern, Somebody had to do it.

I was just going through some of the older stuff wondering how far back one could go and still download stuff that works with ver. 3.2.3. I found this cartoon tile set. I have to ask, Where is it? It is cool, it is wonderful, it is great. I see by the posts that most of you guys think so too.

You could look in addons http://addons.wz2100.net/ and if you dont find it there you might have to nag jorzi to make a mod.

Im sure the author of the textures would be glad to do it.

He is part of the art revolution enhancement project
Top

I looked on the addons page. Not there. Yet. (hint hint)

jorzi.
Big fan here. Can you drop a rope on that thing and trot her out here? It would also be perfect for mod maps.
I don't know how much work this will be and you must already be covered up with work on the art project but you have put about 2 years into it already so ...
Transmission ends ...
Top

Hi JimmyJack, I think I should have uploaded most of the game ready assets to https://github.com/epilef/mod_cartoon
Just download the zip and rename it to .wz and you should have a working mod (although I might have some fragment shaders there that only work with versions of warzone up to 3.1.5)
One of the ideas with this mod is to provide a platform for people who want to get into graphics modding, but aren't sure about how to do the diffuse/normal/specular combination. Instead, we have one simple texture that anyone can edit.

Thanks for the info Jorzi. I keep hitting the same wall that I get with all the other mods. I downloaded the file from your link, changed zip to wz then put the file into the multiplayer folder and tried to add ... --mod_mp=mod_cartoon-master.wz ... to the shortcut. All I get is "problem with shortcut"

The FAQ said to add it to the command line it didn't say where in the line to add it.

Or maybe I'm doing it wrong. I left click the shortcut on my desktop and made a copy and put the copy into the folder with the Warzone folder in it. Then I left click on the copy and click on properties and try to add to the line in the "target" box.

Am I missing something?
Transmission ends ...
Top

Have you tried --mod=mod_cartoon-master.wz and just putting the mod straight into your mods folder?

If all else fails, you can just create a folder called autoload in the mods folder and throw it there.

Jorzi wrote:If all else fails, you can just create a folder called autoload in the mods folder and throw it there.

That was the first thing that i did. When I started the game the name of the mod was in the upper left corner of the screen but when I started a game ... nothing happened. No mod.

I don't think that I can use .wz and .exe in the same command line. Can I?
edit
Almost got it. I tried extracting the zip file. What I got was a file folder named mod_cartoon-master. When I opened it there was another file folder named mod_cartoon-master inside. It was the one that had all the files in it. I took that folder added .wz to it and put it in the auto run folder. Now when I get into a game (SK-Rush) I have the ground textures. They look good. But. All the buildings and units are blacked out. Now I don't know what to try.
Last edited by JimmyJack on 24 Jun 2017, 00:11, edited 1 time in total.
Transmission ends ...
Top

EDIT: Looks like you (JimmyJack) came online and posted an update before I got my response out, so excuse this post if it's no longer relevant, but I'm still willing to help if I know how.

JimmyJack wrote:That was the first thing that i did. When I started the game the name of the mod was in the upper left corner of the screen but when I started a game ... nothing happened. No mod.

If you used the download as-is (other than renaming the file extension), I'm guessing that it is because the directory structure is incorrect, at least when I tried it to see what's up. Basically, the files were contained in a separate folder, so the game was reading it as "mod_cartoon-master.wz\mod_cartoon-master\<mod files>" when it should read it as "mod_cartoon-master.wz\<mod files>".
So, you would need to extract/copy and archive the files so they are read immediately after the mod is loaded rather than the extra folder they're contained in, and then it should work.


JimmyJack wrote:I changed, or added to, the target line. Then clicked on apply. That is when I got the "problmem with shortcut" and the target line was not changed.

If you wish to use this method, you may have missed adding a space between the last quotation mark of the original target and the first dash of the command.

Hope I've assisted in some way, but if problems persist, let us know.

Thanks xShadow421x. You must have posted just as I was editing my last post. Yes I found that double folder thing. I will try to change the command line again.

Oh and yes I did not add a space there so I'm off to give it another go.
Transmission ends ...
Top

JimmyJack wrote:But. All the buildings and units are blacked out. Now I don't know what to try.

That sounds like an issue with the custom shaders Jorzi mentioned. Depending on which version of Warzone you're using, try turning the shaders off if the option is there or just remove the shader files from the mod itself (but obviously keep copies if you decide to run a version of Warzone that's compatible).

OK. I pulled the tcmask.frag file out of the shader folder and all is well. I just got a look at it and quit the game to come post. I'm off now to ogle this mod. Thanks again xShadow421x.
Transmission ends ...
Top

Happy holidays everyone
I had some spare time so I continued doodling on these things. Repainted vengeance, tiger, scorpion and bug. 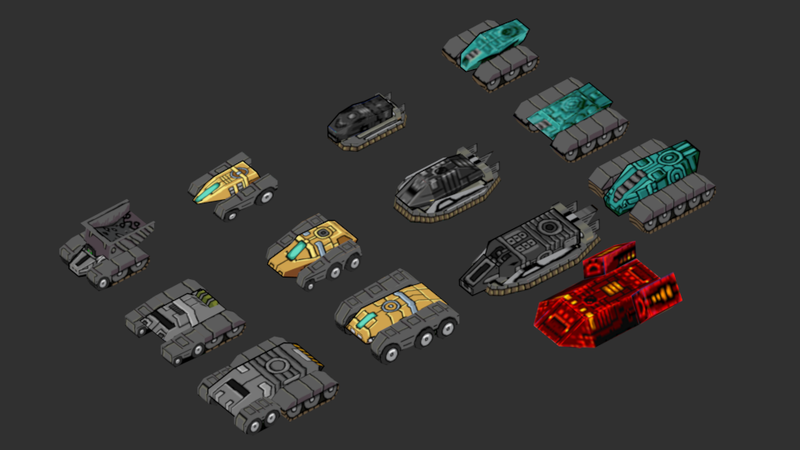