This is the new 3.0 codebase, and we can use some testing to help us iron out the issues.
We do not plan to do another 2.3.x release.


Special thanks goes to (in alphabetical order):
Forum member Berg, for the TCmask models, and textures.
Corvuscorax for fixing it so you can't shoot through terrain now.
Forum member Flail13 for enabling X-player map support in FlaME 1.10 (or higher!)
Forum member MaNGusT for creating the new terrain textures and updating all the required files.

Things to check for in this release:
Please submit all bugs via this link, and follow the directions listed at the link, we need every bit of that information in order to fix bugs! 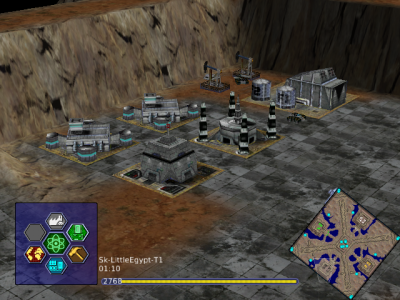 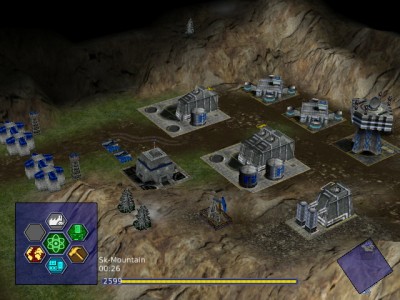 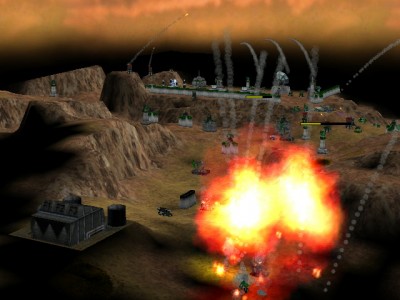 Yeah!! Now we're talking... Downloaded it, and it's pure awesomeness!

I'm having problems with the skydome. Something that never happened before: neither in 2.3, nor in trunk:

Another problem by me (c):

The Repair facility seems to be missing some of its textures. 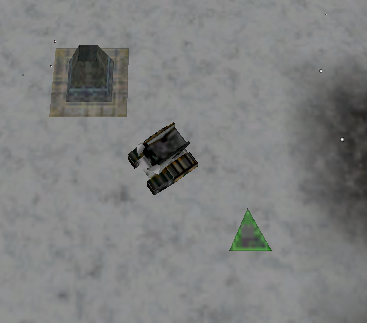 Last edited by KenAlcock on 18 Oct 2010, 09:34, edited 1 time in total.
I'm on the forums on a limited basis. I play MP late Saturday night or Sunday afternoon/evening; my game handle is Cosmic Raven.
Top

KenAlcock: True, looks like i have this problem as well (:

And i still have this problem

New clear cliffs by Jorzi didn't make it to this version yet.

In a meanwhile, i've just recompiled my "Tranquil" map to suit the new version. It's a true 3-player map now, and i've modified it a little to make it look better with the new renderer:

I sent three of these "blimps" to land 30 Pulse LAser Cyborgs into an enemy base that had next to no AA defense. Their approach to the LZ was from the weakest side of the enemy base near the back (all the defending cyborgs were more to the front of this base). Between the time my three Super Transports got within their weapons' range of the base and the time they landed (which seemed about like 30 seconds), the transports managed to kill off 4 factories and 4 units as they were landing--that's how long it took them to land. I never tried to use them with tank units
I'm on the forums on a limited basis. I play MP late Saturday night or Sunday afternoon/evening; my game handle is Cosmic Raven.
Top

There's one problem with this news announcement. It is "insider only". There's no list of major changes or new features or generally the direction the 3.0 codebase is going. All that knowledge is assumed, it seems.
Top

hao wrote:I'm having problems with the skydome. Something that never happened before: neither in 2.3, nor in trunk

It happened in trunk as well, but was fixed quite some time ago already. Looks like the fix didn't make it into pre-3.0 (I didn't notice it here because for me the skybox is cut off so far with most zoom settings that it's completely invisible)...


freegamer wrote:There's one problem with this news announcement. It is "insider only". There's no list of major changes or new features or generally the direction the 3.0 codebase is going. All that knowledge is assumed, it seems.

It's a testing build. A proper release will get a proper announcement.

noticed that hovers now becomes submarines, tried them on several maps. you can see your hovers on the water by minimap but not on the main screen.
yes the sat. striker killer my game also, but mine didn't freeze it just dropped like i killed it..
Last edited by RBL-WARDOG on 18 Oct 2010, 23:41, edited 1 time in total.
FREEDOM for the PEOPLE by the PEOPLE
Top
Post Reply
87 posts