Did you create a mod, map, music, or a tool? Present them here and earn feedback!
Note: addon requests do not belong here.
Note, everything uploaded to this forum, MUST have a license!
Post Reply
1005 posts

The map is called Little Mob, because there is, a little mob.. of the trees on it.

The map is for four players. 65x65 so very small. 5 oils per player, and one extra oil in the very centre. Advanced basic bases included. I shall remain silent about the existence of the gateways soon. 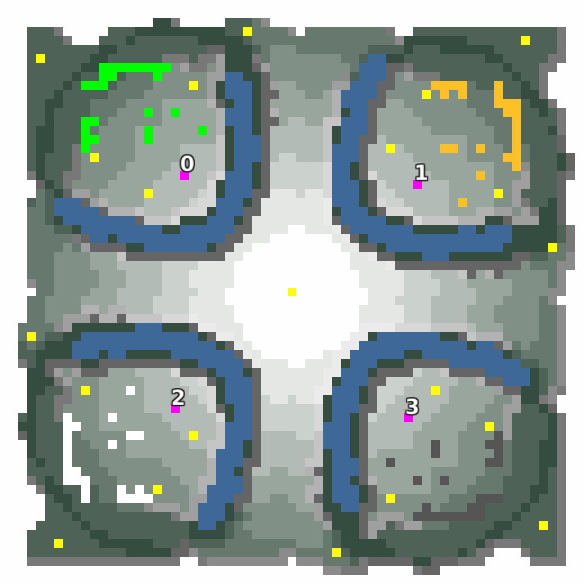 Hello Merowingg, happy new year and thanks for the map

Nice to see you back again here. I followed your advice and still create maps. I like your style.

Thank you very much.


I followed your advice and still create maps.

I am really happy to hear that!

Just continue your work, and do not be afraid to experiment. I am, or was pesistent on the number of oils, but I think your work will be even more appreciated if you place not too much oil on your maps. Good luck man!

The map is called Tank Wars, because you start on the map with 108 tanks of various body, turrets, and movement possibilities. There is eight trucks surrounded by 24 half-tracks tanks with also various bodies and turrets. The rest of the tanks awaits well lined on the very big concrete square specially prepared in the base. There are usualy in number of ten of each type. Some stronger units are in number of four and four only, so use them wisely.

What I wanted to achieve is the pure enjoyment of using tanks at the start, but more importantly, I know some of the tanks are used hadly ever, so it is also a new thing to try them, and maybe even vary one's strategic approach. Even sensor and repair turrets are available. I did not provide repair facilities in advanced bases on purpose, each player has already multiple units to take care of them as they wish. To sum up, there is 108 tanks since the start, so a player can still build what he wishes starting his own way.

The map is 250x181 so rather big. Advanced and rich in details bases are available. There is 16 oils per player. It is rather 2v2 map. FFA is possible, but when using advanced bases, some structers will demolish each other at first. 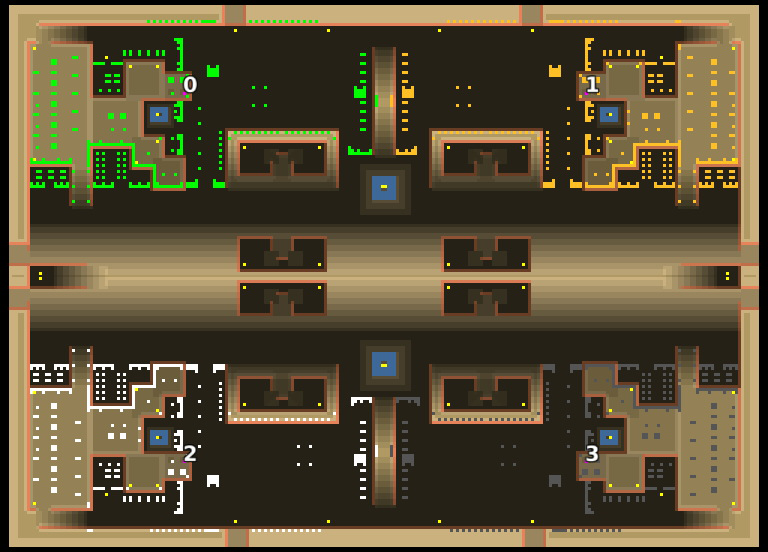 Hello Merowingg,
Nice map and an interesting new idea. But what I especially like in your maps is the correct symmetry and the details, like this “Highway” and the pylons

Thanks for the map 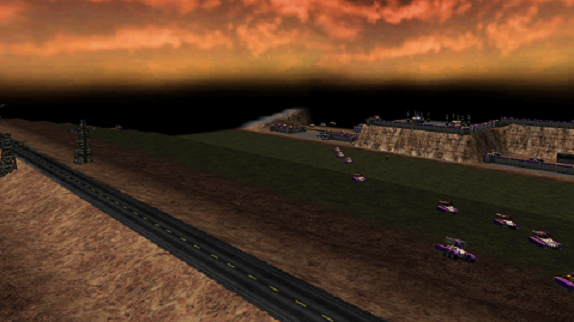 Thank you. Yes there is almost always this symmetric equality and I intend to place many details on the maps. It would be an appropriate "highway" if there was at least two lines heading one direction of movement haha! Just teasing. Thanx again!

Hi Killer123, I am really happy to hear that. I believe NoQ gave you the best place to seek for answers. In case of any more problems visit.

I hope you are doing well and that all is well in your life, and also hopefully you are done with those dreaded exams by now eh?

I have not seen you for a while. I am really happy that you have a new PC. Are you still playing? Any favourite maps? It is nice to know you reappear.

Yes, I have defended my Master's degree in December, so as a result I am after all the examinations! At least for this academic level hehe.

Yeah it's been a while

and yes I am still playing though as for my favourite maps, I am am old fan of the squared maps. These new maps you keep putting out are really nice though.

I'm glad that you've made it! I'm sure there is no need to ask how happy you are that those exams are done

noname1208 I am sorry for almost one year, without six days, delay in responding.

The reason is that things are rather very bad and Let's leave it here. The exams yes, all well here. Thank you also for your kind words.

I also feel obliged to say that soon I will post a map, but my laptop does not want to run properly Warzone and multiple help is on its way. By this post I do not future advertise and it did not happen in the past even once, I rather put myself in position where I will post this very map even menu blinded as you can see the case here.

Hi Mero!
Thank you so much for all the cool maps!
The amount of hard work and creativity you have put into them is excellent.
I love them, they made game so much fun for me.
I usually don't reply to any thread and I even didn't have my warzone site password, but the amount of your hardwork and awesomeness made me go fetch my password from hell and post this comment. Only cause you deserve to read this.I see things are not going so well as you said.. I hope everything works out for you. And I hope you read this sometime. Stay Awesome!!

Thank you for the sharing!
Top
Post Reply
1005 posts