Happy new year to all!

The projects speaking tube.
Add your two cents if you want to.
Post Reply
14 posts • Page 1 of 1

Happy new year to all!

As I'm writing this message 2007, is being shot to shreds by huge pieces of artillery, er, fireworks.

This has been a year of increasing activity. We've seen the number of Warzone users grow tremendously. Alongside that the amount of people contributing code and art has seen a rise as well. But additionally the amount of work per person and the quality that is delivered has vastly increased as well.

In a single year there have been almost 2500 changes and additions to improve and expand Warzone!
There have been several highly active contributors over the past year. I'll mention the most prominent ones here (in alphabetical order):

Buginator, who has shown to do his nickname honour and has fixed many bugs, improved quite a few "lacking" features and implemented several new ones.

Pseudonym404, who has put huge effort into making Warzone 2100 run on 64-bit platforms, which allows Warzone to remain a good and usable game far into the future.

Watermelon, who has done a lot of work on improving and tweaking of the renderer, he implemented several new features, multi turrets probably being the most famous one. He also created several new tools to aid in working on Warzone, namely WZ Stats convertor and PieToaster.

We've received 4 new core developers (in order of appearance): myself (Giel), Gerard, EvilGuru and Cybersphinx. All of whom have fixed lots of bugs, added new features and improved the quality of Warzone and its codebase overall.

I also want to thank TerminatorX, one of our users who has been a continuously valuable source of feedback, tips, ideas and criticism.

Coincident also deserves a mention for helping EvilGuru update the experience system; which is now vastly improved when compared with 2.0.10.

The last two months have seen especially high developing activity. While we haven't yet been able to release 2.1. We have in fact seen vast improvements in the network code over the last few weeks. Allowing increasingly stable and increasingly synchronised games. So I and my fellow developers have good faith in the future and look forward to it.

Then to come to the conclusion of my story. The Warzone Resurrection Project wants to thank you all for an incredibly productive and entertaining 2007, and we look forward to yet another, even better 2008. As a brilliant man once said: all we can hope for is to be better men and women than we were a year ago! Lets try to achieve that goal!

A happy new year to all!
"First make sure it works good, only then make it look good." -- Giel
Want to tip/donate? bitcoin:1EaqP4ZPMvUffazTxm7stoduhprzeabeFh
Top

To demonstrate the fireworks. 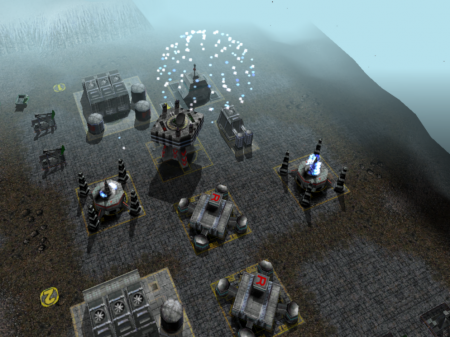 "First make sure it works good, only then make it look good." -- Giel
Want to tip/donate? bitcoin:1EaqP4ZPMvUffazTxm7stoduhprzeabeFh
Top

Happy New year to you too =]

Credits to Kacen for making the image.
Top

Happy newyear to you all and best wishes for the year 2008!
Top

and to all to

PD: I love the work that you has did in WZ guys, keep going do this!!
PD2: When other languages will be available?, most important Spanish!! jejeje. If you are interested, i have a disc of WZ2100 in spanish for PS1.
PD3: sorry for my english

DeaK wrote: PD2: When other languages will be available?, most important Spanish!! jejeje. If you are interested, i have a disc of WZ2100 in spanish for PS1.

If you want to translate, you are welcome!
We don't want "a disc of WZ2100 in spanish", though. Only handmade translations. (We couldn't directly use them anyway...)
Top

Happy newyear and wishes for 2008 from south america "chile"

my english is very bad ..sorry

my english is very bad ..sorry

Your English is better than my Spanish.

was anyone down in london for the fireworks?
Duel Heavy Cannon Python Tracks... gonna roll right over you
Top


4nE
I've created "something that kills people." And in that purpose, I was a success. I've done this because, philosophically, I'm sympathetic to your aim. I can tell you, with no ego, this is my finest sword. If, on your journey, you should encounter God, God will be cut.......Hattori Hanzo
Top
Post Reply
14 posts • Page 1 of 1