Get some help with creating maps or modding.
Need a map editor or other tools, look here!
Post Reply
409 posts

We're also looking for anyone experienced with Machinima and making FMV's. Please PM either myself or Rman if you have the qualifications.

Sometimes there are trade-offs we have to make (as developers) in order to take several steps forward. And sometimes, those changes are for the betterment of the whole at the cost of some very good ideas. This is going to be one of those cases.

In my desire to be thorough, I overlooked some design ideals which I simply couldn't work past. One of those ideals in particular caused major issues with the "final battle" mission -- the AI must be able to navigate the map easily. If the terrain is too complex, the AI becomes locked-in and somewhat unable to function fully. Likewise, the AI becomes too strong if it needs only travel in a straight line toward it's enemy.

I posted a preliminary image of the Campaign 4 minimap some weeks ago -- the one with the large empty area in the southern 1/6th of the map ( here ). Since that time, I had built that area to resemble the rest of the map, with the idea that NEXUS would be up on a plateau, overlooking the "lowly" area to the north, the master of all it surveyed. 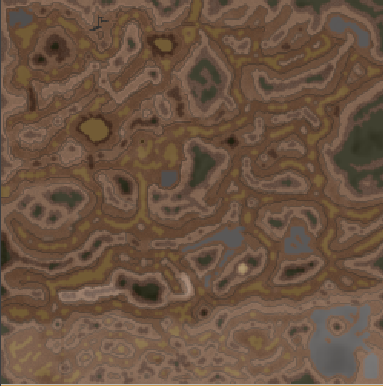 This is what has caused the issues with the AI being "too weak", when before it had been way too strong. The AI simply couldn't navigate.

Which leads in turn to another problem: too many ideas and not enough breathing room to put them all in.

In my desire to "do a good job", gather all the 'oohs' and 'aahs', and pat myself on the back for my ingenuity, I put too much into the basket and the AI couldn't cope.

Now the question becomes "how do I fix this?". It turns out that the area in the south is unnecessary, as is a separate map for Mission 6 to the immediate north of the Campaign area. By clipping that entire 1/6th south area, moving the rest downward, then adding in the pertinent areas of the mission 6 map (the southern half) to the top, all that is needed is to change the scroll area additions for ... everything having to do with the main campaign map and mission 6 itself.

Here's the kicker -- Milo & Flail have most likely scripted the campaign up to Mission 6 already, and positioning is going to be all messed up now.

I'll leave it up to you two to decide how we go forward -- keep things as-is (and I work out another solution to the southern 1/6th of the campaign map), or go with the new one and rework the scripting? 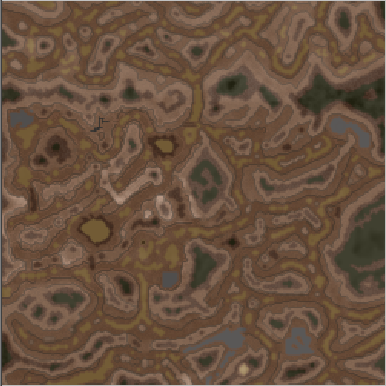 The new one will need some slight tweaking on the northern 1/6th that I added, but it's mostly there. I've already incorporated tiles and heights, so it's put together properly. If we're voting on it, I'd vote for the new one.

I'll leave things as-is for right now, I have mission overviews to revise.

Little addendum: If we go with the new map, I'll need to rework Mission 6 entirely. Not that I was completely happy with it anyway hehe...
Top

Goth Zagog-Thou wrote:Milo & Flail have most likely scripted the campaign up to Mission 6 already, and positioning is going to be all messed up now.

I haven't even seen one of the maps' scripts recently. Unless Milo is doing it all himself the scripting could take a bit longer than that. Any more detail on how the AI should behave would be useful.
Top

Any more detail on how the AI should behave would be useful.

It should *not* get trapped into it's own area.

It should behave like NEXUS would -- vicious, mean-spirited and hateful -- such as:

The VTOL units should be attacking 20 to 30 at a time. They don't. At current, the VTOL attacks are harassment instead of pwnage. My way of thinking is more "Land-Air Superiority" for NEXUS. He was human, once -- he should know this.

The attack vectors could be more sneaky and/or random with ground units. I'm tweaking the new version of the map with more ways into the northern area. Could just be my fault for using a lot of gateways.

The current variety of units isn't all that great either -- the right tools for the right job. If the enemy is turtling, break out artillery and long-range stuff to grind those defenses down. If they're building an air force, start building AA stuff. If they're coming at you, turtle up.

I guess I'm looking for an adaptive AI that cares about air & land superiority and can turtle.
Top

An "Adaptive a.i."..... an A.I. that can "Turtle"... we have these already thanks to Troman & perhaps the sources can be re-used for this project ?

Not so obvious.... the very first iteration of "Aivolution" with Tank Transport Drops !! That would speak to the NEXUS land-air superiority in one fell swoop, me thinks.

@flail: I'll get a working set of demo scripts to you as soon as I can, but I want to make sure they work first

As for how the AI should behave, you do have a copy of the mission docs don't you? If not me or Goth can get you one. Basically the AI for each player should be in its own file and implement all the actions of that player as defined in the docs. any further details will need to come from Goth, he's the one with the plan, we just implement it

Ahhh yes ... now I remember. A blending of the above three AI's into one would surely be NEXUS at it's most sinister. Excellent call, Rman.

@Milo & Flail: Forgive me for losing track of what I was supposed to have been working on. Revisions to the overviews and updated maps was indeed it. Lots going on, I'm sure you guys understand. Give me a few days and I'll have ALL missions written and revised, and maps to match.
Top

Cool! You don't need to hurry too much on my account, I always got projects all over the place in various states of (in)completion

Ladies and Gentlemen.. I have just finished the Campaign 4 Synopsis and Overview. Took me two days to write it up, all the while changing the mission overviews (separate -- those are for the dev team

)and mission maps to match. I'll have ALL mission overviews and maps finished within two weeks, life permitting.

Maps are all finished up to Mission 7 and again for 11 and 12. I have some VERY interesting things I'll be doing for missions 8,9, and 10. Mission 13 (as I promised, 13 missions) will be the stuff of legend.

The campaign map changes have done nothing but help the overall campaign. I think you folks will agree. In testing, the AI is downright vicious. You'll get to experience that in Mission 11, when you face NEXUS and an old foe you thought had been forgotten...

Here's a look at the final version of the Campaign 4 map: 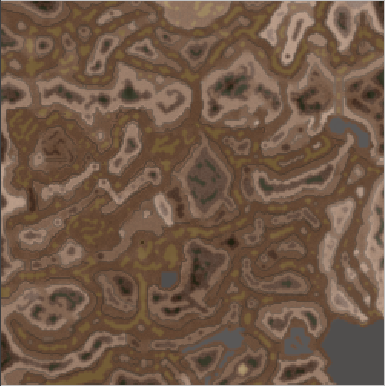 The Synopsis will be mailed to everyone who needs it via PM.

Well I got my copy of the new map and compiled it up just fine, but....
I get this log when I try to run the mod

Does the campaign use a separate set of templates from sk/mp?

Droid ID 239 is the Cyb-Hvy-RailGunner
In general, if you see glowing, pulsating things in the game, you should click on them.
- Demigod Game Ganual
Top

I haven't added any templates to my Warzone install. The only thing I've added was the Wyvern NexusLink unit to flaME's templates. That shouldn't have caused those errors.

The errors you're getting appear to be for the player units. Super Rail Gunner (Sgt Gibbs), Assault Gunners (team 1) and Vengeance Gauss (team 2) that are spawned in later for mission 3. I thought we could use SK units in campaign mode. If not I'll have to change those.

Likewise WallCornerSmashed is something that's in flaME but not Warzone itself. I get that error in testing as well but it's non-fatal. I'll have to see if I didn't place a couple of those accidentally. Looks like I did.

The SensoTowerWS are part of NEXUS base, as are the Stormbringer, EMP and Incendiary Mortars. Those should work without problems.

I'll check my maps for the above.
Top

- First track composed, some additional stuff to do (it's 90% there).
- Second score under way.
- Plenty more on the way. Anyone wishing to have their own works added in, please PM me with a download link for review.
Top

So we need someone who can make templates... I'll take a look at the data files today figure out just what has to be done.

That would mean that any units/buildings that are not in the old cam will have to be copied over
In general, if you see glowing, pulsating things in the game, you should click on them.
- Demigod Game Ganual
Top

milo christiansen wrote:My current theory is that the cam uses a completely separate set of templates from MP/SK