Did you create a mod, map, music, or a tool? Present them here and earn feedback!
Note: addon requests do not belong here.
Note, everything uploaded to this forum, MUST have a license!
Post Reply
126 posts

This map i meant to give a feeling of being under ground, so you not supposed to use VTOL's or Artys, Please, You dont start with a base, instead you start with a Basic Crew, with 4 trucks and 6 Defense tanks, there are several place's to build a base, ranging from "large" to "Small", to get to the enemies, you must move through some narrow tunnels then through a large open "Cavern". some scavs have taken refuge in the tunnels as well so be carefull.

NOT FOR VTOL'S OR ARTILLERY

These are "in flame" screen shot of the map "Ariz_Under" 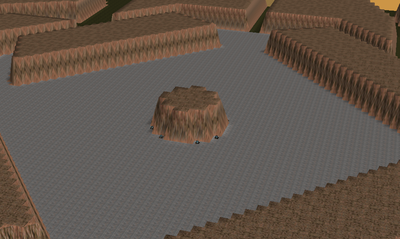 Shot of the "center" pylon of the "cave" this is a large open area for large scale battles. 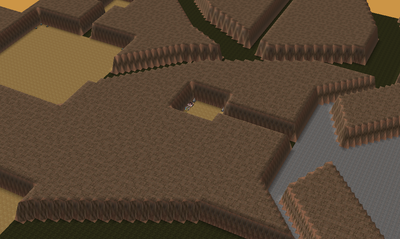 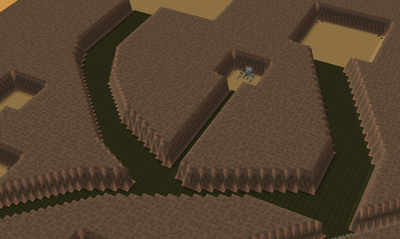 Shot of the "players" start location, and 2 expansion locations.

This is a small, low power map. 2 players, start with 2 Factories, a power station, and 1 Research facility, also walled in with basic defense. this map has 2 scav bases in the corners, so if you really want a Challenge use the latest "ultimatescavs" mod.

Shots showing the proximity of one "player" to another 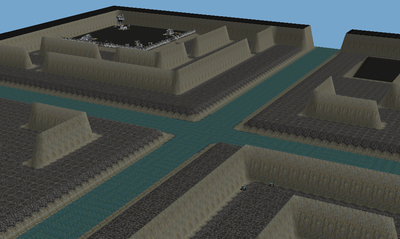 the center is now replaced with a water way, meaning this map is now a hover friendly game. 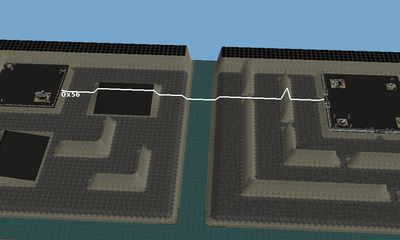 the proximity of player to scavs shown here, they are fairly close, but thanks to the water ways, they cant really get to you.

Download this Map Here
NOTICE: I have re-done this map. i have lowered the waterways, and connected them.
Last edited by Spyro_Drag on 13 Nov 2012, 08:03, edited 3 times in total.
Time, it is always moving, even when we stop.
Top

This is my second map, Also Experimental, meant to be a 2v2v2v2vSuper Scav map, so its a 8P map. You have some units, and an HQ, power in corners of base, if you need more space, you should destroy the buildings, unless ur a neat freak then there should be enough space to build around the ruins, the scavs have an Arty force in the center, and base's in the corners, with heavy defense, you only starting defense is the fact that the rivers make it difficult to get around w/o Hover, and a few hard point situated in the main entrance to your zone.

This map is designed to be ultra difficult if using the "ultimatescavs-1-08.wz" Mod.

"in flame" Screenshots of Crowded 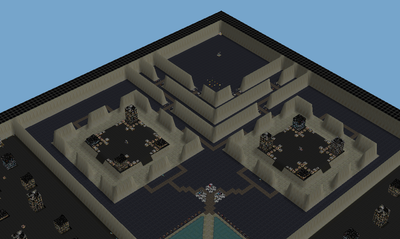 Showing a "scav" corner base. since scavs dont have hover, the only way for ground units to leave there base, is by a small sketch of land over water. 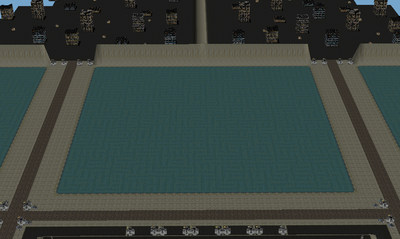 Depending on what tech level a game is started with, a player may or may not start with hover, if they dont, the only access to an enemy or ally is via a small road to and from the center. 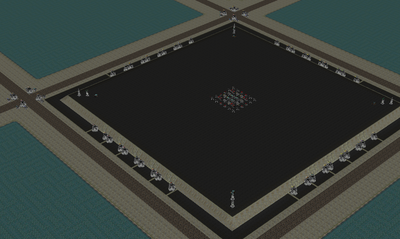 The center land mass, contolled by the scavs, Armed with long range arty's.

Download this Map here
NOTICE: I have edited the pathway for the scavs, and ive also cleaned up each players starting area, but you still need to destroy objects to gain more building space.
Last edited by Spyro_Drag on 13 Nov 2012, 08:47, edited 3 times in total.
Time, it is always moving, even when we stop.
Top

This is another None VTOL map, FFA, Scavs have small base's, you start with a com center, a power and 1 research, along with 2 Cyborg carriers, only the one, be careful with it as youll only get one if you play this map as it was ment to be played, but i recommend you allow some VTOL rearming pads, so you can repair the Carrier when it lands. i guess this is a low power place, and i dont recommend using the ultimate scav mod, or else they might overpower you.

Not a VTOL map, but Rearming pads recommended.

Shots of this map 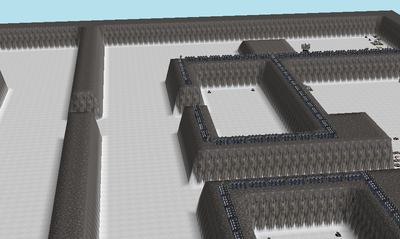 Showing the small starting area, and route to and from, one of the player's bases. 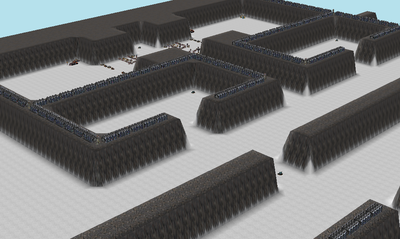 showing the scav areas, there bases are small, but have heavy defences, (for a scav). 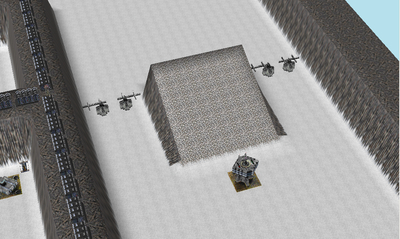 Download this Map here
NOTICE: I have made the masses near your base accessible, you may now easily build defenses upon a ramped area, also added some basic defenses.
Last edited by Spyro_Drag on 13 Nov 2012, 09:12, edited 3 times in total.
Time, it is always moving, even when we stop.
Top

This is byfar my largest, and most favorite map ive made so far. At the top of the map are 2 "Kings", (or queens, or king and queen), Each king control a Major Amount of the power, King one (player 0) Controll's all of the initial Defences As well as the Defences for King 2's (player 1) Oil. At the bottom of the map are 8 Rebel Bases, 2 per base with good starting base, and enough power to get a good defensive group together, if you want base defences, players 0,2,4,6,and 8 control the defenses, this is not a map for FFA. 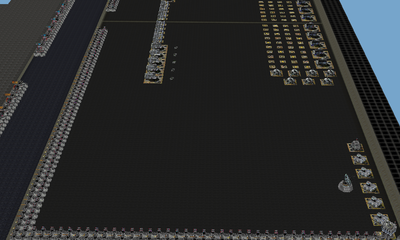 Showing one of the "corrupt" Royal leaders base's. notice the heavy armaments, and fully equipped base. 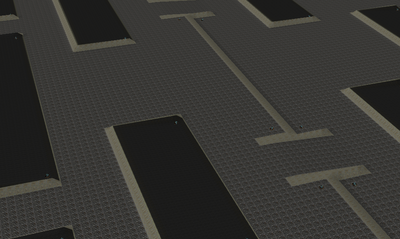 the terrain between the rebels and the kings is mostly dull, but the closer to the kings you get, the higher the terrain is. also notice, the black blocks are turned so that the rebels can build defenses against the kings. 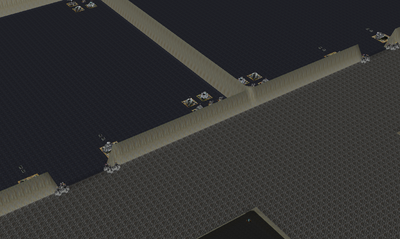 most rebels share a base, and base defenses. also, the terrain outside there base's is slightly raised.

Remember, this is not a FFA map, if you start this way, this will be a very unbalanced game.
This is my attempt to make a pseudo-RPG map, with the hero's against a corrupt kingdom. I do hope you enjoy the scenario.
Download this Map here
Last edited by Spyro_Drag on 07 Nov 2012, 04:54, edited 1 time in total.
Time, it is always moving, even when we stop.
Top

A FFA map, with some power in base's and little on island around the edge of map, Most power in center controlled by ADV Scav base, Base has Terrain Defense as well as Basic Defenses But no actual base, If using the "ultimatescavs-1-08.wz" Mod, or newer. Be carfull as the Scavs will rush.

While taking screen shots of this map, i found a few un-fixed areas that i finally fixed. ill relaese a new version with the fixes as soon as possible. 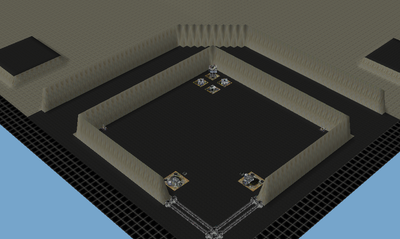 This is one of the corner bases, good terrain defense, and equipped to get you started. 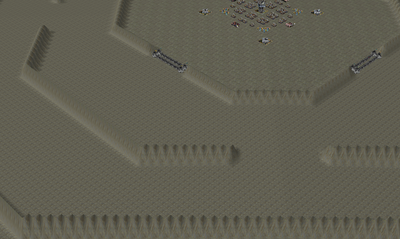 The "hill". controlled by scavs, with lots of power, the natural defenses of the hill make it a good base of operations for strike forces.

Download this Map here
Side Note: This is one of the maps im happy the "blendi" terrain works with, it takes care of the ugly ridge lines along the tops of the natural walls. if i ever learn how to make scenario maps, ill make this a true "king-of-the-hill" map.
Last edited by Spyro_Drag on 07 Nov 2012, 04:58, edited 1 time in total.
Time, it is always moving, even when we stop.
Top

I just showed the pictures above to my Mom (aka TheTrekhippy) and she really likes them! Quote "I'm impressed with how much detail and time you've put into these, they make me want to play the game!"

First map, Redone. 4 players, Scav's in center and in corners now, plenty o power in base, more in corners.
Base's Fully Equipped, with Defense's, although i changed them a bit so they were weaker, Its's my first every WZ map so Sry if it sucks.

Ive redone some of the scav teritory, the terain has changed, but not by much. scav defense is still strong, if not, stronger
than it was. 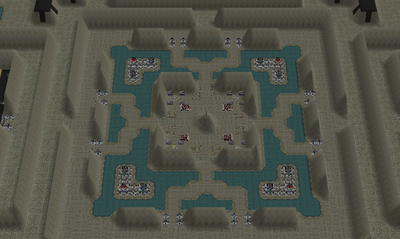 the scavs base, well defended, with forts. try to avoid it until your properly equipped, or leave them be all together. it has a sizable amount of power, so the base may be useful in the long and short run. notice that its been touched up. 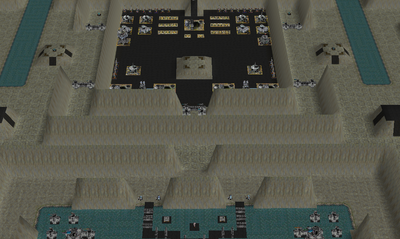 the players base is fully equipped, and has a landing pad designed for a super transport 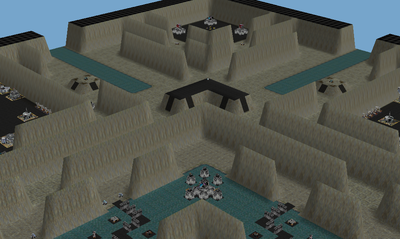 an angle shot from the center scav base to a scaz controlled corner.

Download this Map here
NOTICE: I have fixed many issues, this should look better than it did.
Last edited by Spyro_Drag on 13 Nov 2012, 11:46, edited 2 times in total.
Time, it is always moving, even when we stop.
Top

More and more complex your maps are, and look quite good, try to add more tilesets maybe and features now, do not be afraid to try new things.

thanks mero, although none of these maps are new. i do find the "urban" tileset to be my favorite, i have noticed that i have only done a few with the "arizona" and "rocky" tilesats. I'm thinking about making my own as well.


oh and i am still working on posting the rest of my "in flame" screen shots. its just taking some time, so i hope you can wait.
also while doing one of them i found a problem with one of my maps that i did my best to fix, i posted a new version of that map, on both my "maps" post and the post of its screen shots. I'm just surprised no one told me about it, when i found it i felt so, silly for not noticing it before.
Time, it is always moving, even when we stop.
Top

Ok, so ive been working on my own custom tile-set. ive finished about 25, i know, i need more to make a good set. but i wana test this one for in game looks. but i dont know how to load them into the game, or into flame for that matter. i did notice that the 3 original tile sets have a ".radar" and a ".ttp", but i dont know what there for, or how to open and modify them, let alone make them compatible with my set. does any one know where i can find this info? i would like to make some of my maps with this set soon, and any help would be apreciated. thank you in advanced.
Time, it is always moving, even when we stop.
Top

ive been working on drawing up new map ideas, and ive been trying to complete my tile set. still not sure how to compile the tile set, but im learning. i ve also been busy else where, so if anyone finds any problems with my maps, glitches, crashes, or theres a terain balance problem, tell me now, cause i wont be on for awhile. also, thanks NoQ and Mero for the terain advice, im using soem of your ideas, and some of NoQ's custom tiles. if some one could teach me how to write a ".radar" and ".ttp" to match my tiles, that would be much apriciated. other wise. im lost...

Time, it is always moving, even when we stop.
Top

This is a subject I know nothing at all about so I can not help you Spyro_Drag, sorry. But I do appreciate all the work you are doing to create your new map ideas and tile set.