Did you create a mod, map, music, or a tool? Present them here and earn feedback!
Note: addon requests do not belong here.
Note, everything uploaded to this forum, MUST have a license!
Post Reply
80 posts

I'll make various models, with specific version numbers, so that it's easier to specify what model we're talking about.

There will be some time for improving the models, as we're going to wait until teamcolor masks are working properly to start implementing weapons, propulsions, sensors, cyborgs and buildings in Art Revolution.

However, I'll simulate Red teamcolor for the models I post here, so that the teamcolored parts are easily recognizable.
Last edited by Olrox on 13 Oct 2009, 06:43, edited 1 time in total.
Top

Here's a model for small body tracks, textures will come within the next few hours. 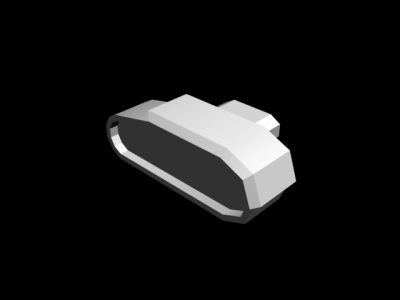 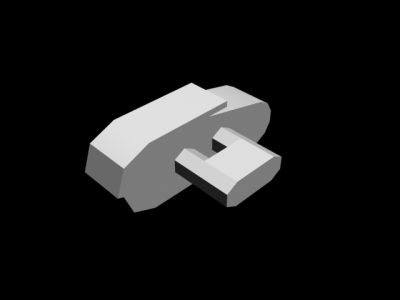 Looks nice, I would like to see it textured

astorian wrote:Looks nice, I would like to see it textured

Your wish is an order xD

Here it is, put on Art Revolution viper model, for comparison. 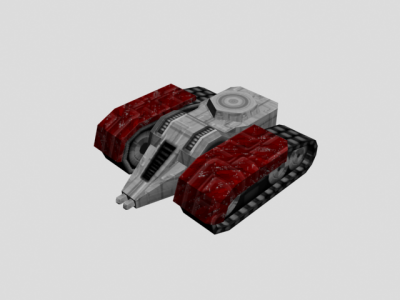 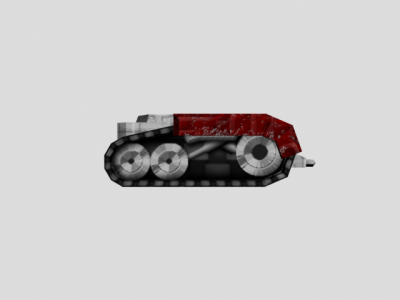 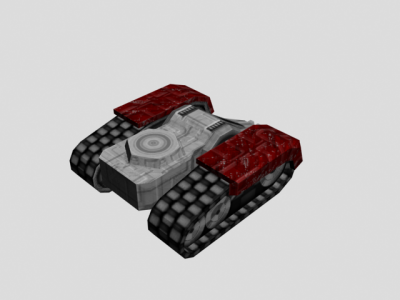 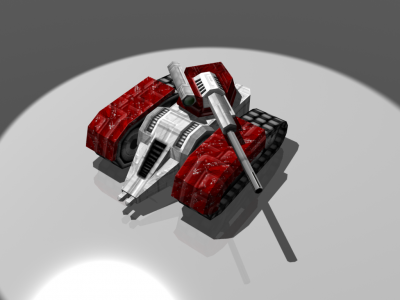 I remember when I first saw your models earlier this year. Your modeling and texturing skills have improved significantly since then.

In fact, your recent texturing (on the new bodies and these new tracks) is, I daresay, better than any other texturing I've seen in the past year I've been with the Warzone Project.

Heck, slap up some kind of background, and desaturate it a bit, and it could make a pretty good backdrop for the main screen.
Top

I totally agree with Zarel. The models look awesome. Great work!
I think this models could be used in the game the way they look, and the remaining propulsion should be changed to fit this type of art.
Astorian
Top

From aesthetical reasons i think that these tracks should be reversed (armor at backside). But modelling and texturing job is absolute awesomeness

it does looks really good.. great job on those tracks, looking forward to see the rest of them, especially in their several forms, like vtol and half tracks.
Top

We in Germany use to say: "Der hat das drauf!"

I must thank you all for your appreciation and comments!

Schmaker wrote:From aesthetical reasons i think that these tracks should be reversed (armor at backside).

I was thinking about that too, but practical reasons wouldn't allow me to do it: The vehicle needs to be specially armoured on the front parts, as it's going to fight face to face against the enemies in most situations. Therefore, making the plated parts facing backwards would be incoherent with this need. To roll over obstacles, the tracks must have more height on the front part (and have inlination tilted forwards preferrably). Thinking about that, I made the larger "cog" and the armor plating in the front! But I agree that aesthetically, it would be more interesting if it was inverted

Zarel wrote: I remember when I first saw your models earlier this year. Your modeling and texturing skills have improved significantly since then.

Yeah, I'm very happy with my textures, even though I've started making them in the last month xD

Heck, slap up some kind of background, and desaturate it a bit, and it could make a pretty good backdrop for the main screen.

It's an interesting idea: making splash screens with models that are actually ingame ones

), then make some nice fighting renders

The main problem is that me and MaNGusT agreed to remove the lower faces from the models (the ones that wouldn'd be seen in any way currently possible), In this case removed from the viper's bottom part and some little parts of the tracks plating's internal parts.
However, this is problem only in two cases:
1-If we got driver camera working, as well as first-person commanding, some of those "invisible" parts would be seen;
2-If I make renders with extremely low points of view or like in this case, with partially-reflective ground.

solution to "1" should be immediate: we've got to add those faces to the models. For "2", we could add the faces, or use convenient noisy bump mapping to distort the reflection so that we can't distinguish the different shapes.

However, I think that the only situations that could make those flaws visible, in realistic renders, would be the low-angle points of view, or water reflections, in a minimum degree. The other situations wouldn't be a problem since we won't see the faces and there won't be any material that would allow us to see it :rolleyes:
Top

guciomir wrote: btw this model looks to me like a perfect half tracks

But it doesn't have wheels!


MaNGusT wrote:I think that the armor should at front side and at back side also

Hmm, I wanted to make the tracks in a different way for small bodies to make it look lighter

I'll make version with armor at the rear part also, when I'm at home.

MaNGusT wrote:I think that the armor should be at front side and at back side also.... why? Because like in the original... :rolleyes:

No need to be too much like the original.

I rather like the half-covering armor. It does look "backwards", but it'd also look backwards if it were reversed (as Olrox mentioned, front needs to be armored in most battles), so I'll leave it to Olrox to decide how he wants it done.

Remember to do the wheels the way I like them.