by Sadjuuk
Hello I have updated my first map,

by aubergine
Looks like an interesting map - are the blue dots scavengers? I will give it a try.

BTW, you can upload images direct to the forums and they will last forever - on imageshack, they delete the images after a few months. After uploading an image as a file attachment, you can click the "place inline" button to add it to your post (more info).

by Sadjuuk
Thanks for test and method aubergine

Maybe I'll build a 3rd version of this map, with the CC-0 license, I have already place more cliff and forest to guide the AI and it's better. I'll remove some craters also..

by aubergine
There's a few missing "no go" (or whatever they are called) tiles one one part of the map as shown below where a truck is very slowly climbing a cliff: 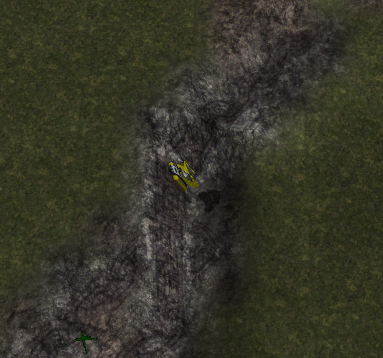 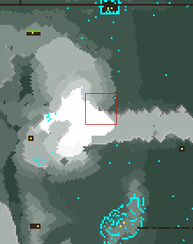 Also, it might be nice to add 2-3 oil resources along that big hill that cuts the map in half - a couple near the middle and one near where the player/AI bases are. This will tempt the scavs to populate the hill and build defences there which will in turn cause attacks on players form an unexpected angle.

by Sadjuuk
Thank for this analysis and the link,

But I prepare a new map very better (I expect) and maybe I will improve this one, I see you nevertheless like it so, I will try to do this !
All times are UTC+02:00
Page 1 of 1
Powered by phpBB® Forum Software © phpBB Limited
https://www.phpbb.com/