In multiplayer games, neither killing scavengers nor getting killed by
them should influence the scores and kill counts of players, both of
which are shown in the intelligence screen.

This would have the following advantages: Skirmish games and unit experience would not be affected by the change.
It would only alter the intelligence screen, as in the screenshot below: 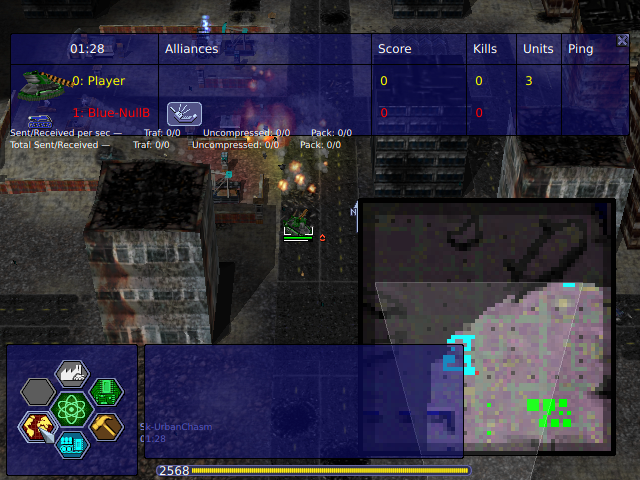 A tank has been promoted to the rank "Green" by killing many scavengers
in a multiplayer game. The intelligence screen shows both score and kill
count of its owner unchanged from their initial value of 0.

PR #666 contains a patch that implements the suggested behavior.
Please complain if you dislike it altogether or have suggestions on how
it could be improved. Otherwise, it will soon be part of our game.