by Jorzi
Woo, me too

The pun flew by me. Sorry 'bout that.

Wow, both of you. The world, indeed, grows smaller.

Which means that sometime, if you don't already, both have a firm grasp of the connection between the geometric version of Langlands Program and Quantum Mechanics, which has so far turned my brain to mush.

by Jorzi
Well at least when it comes to me, I'm not really a theoretical physicist, just a normal one

I do get to play with expensive high-energy lasers now and then, though

Basically it's an alternative to poser, open source and to me it appears to be quite powerfull (be sure to download the latest stable). A lot of options, rigging and some materials/clothes etc. Models can also be easily imported into blender.

Maybe this can help to speed up the modelling of scavanger soldiers/cut scenes etc.. Attached is a model I created in just 5 minutes by varying a few parameters.

by vexed
Wouldn't it look more like this in game?

by Jorzi
Remember though that for hipoly models extra detail doesn't hurt, especially if you get it for free.
The current ingame models are basically animated cardboard cutouts. Now the question is, do we want to keep them as that or do we want to make them 3d?

by cnceo
Some time ago I created a vectorized version of the original Warzone 2100 cover inscription (https://en.wikipedia.org/wiki/Warzone_2 ... _cover.png). I never really did anything with it, but before it vanishes into oblivion I'm happy to share it. The attached zip file contains the svg and blend files for the logo in 2d and 3d. I would make it cc-by-sa, but I'm not sure whether it conflicts with the licence of the original cover.

I have some tools that can be used to generate textures like the ones attached. I made a sample using a color map with only 3 colors, Red, Green and Blue, the same sample on grayscale only, and the normalmap, which I simply generated with the GIMP plug-in.

The colors can be changed, more can be added, the roughness can be increased or decreased. The attachments are just a sample of what can be done. Since the texture is generated using a Fast Fourier Transform, the opposite edges of the images match, and they can be easily tiled.

If anyone is interested please let me know and I will make the tools available to everybody.

by cnceo
Several years ago I started to model a high-poly model of the command relay center, but never finished it. Since I'm afraid I will never find the time to finish and texture it

, I release the blender project file (zipped attachment, license CC BY-SA 4.0). Maybe it can be useful for anyone working on new models, so please feel free to use it. 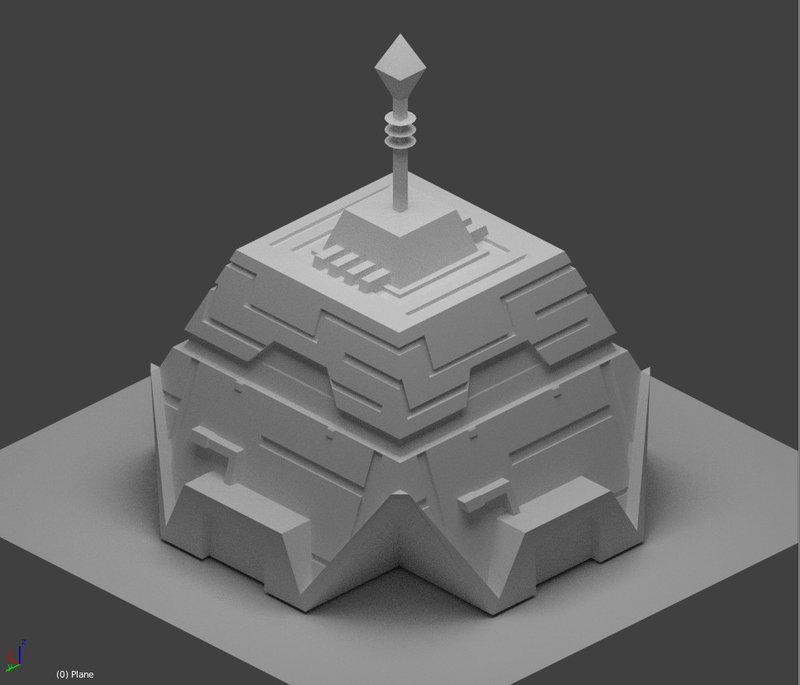