Ideas and suggestions for how to improve the Warzone 2100 base game only. Ideas for mods go in Mapping/Modding instead. Read sticky posts first!
Post Reply
40 posts 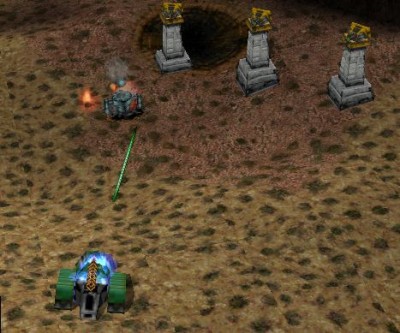 Don't you think it will be better if the laser beam appear instantly altogether rather than move that way when it is fired?

I with you agree. Light can't slowly move. That that is represented on a screenshot - looks as a plasma bunch.
Hi-Energy Laser (blue or violet) should look approximately here so: 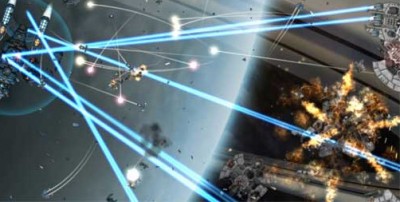 Also.
In an ideal should be so:
The first laser - red color.
The second (the first upgrade) - green color.
The third (an upgrade...) - blue.
And last (most powerful) short wave - violet.
Top

I think we all agree. The problem is finding someone who has time to do it.
Top

I WANT IT PURR-PLE!
Don't know how to do it. I'd like to help

Does there absolutely have to be a visible beam at all?
Top

JakeGrey wrote:Does there absolutely have to be a visible beam at all?

There never has to be but it would not look right just seeing tanks blow up and lose health. There should be some visible projectile/blast IMO.
Top

Rays will be always visible. Because a battle-field not sterile. (In air soar a dust/smoke/fog and other)
Top

I HAIDE IN HIS HED AND SPAMM HIS SIGNUTRUES LOLOLOL
Top

I suspect the reason lasers in WZ look the way they do is because the game largely deals with projectiles. And not just for show, things like trajectories, terrain, etc. matter. It's understandable from a developer's point of view that, when you've made 30 types of projectiles (from miniguns to ripples) and start designing a laser weapon, you add another projectile and try to make it look roughly laser-like instead of coding a new weapon type from scratch.

If you ask me, lasers should look like what DRAAK suggested. Firstly, because this is what you think when you hear "laser". Secondly, make lasers invisible and brace for waves of "bug reports" and complaints saying "my units lose health all of a sudden WHY?!?!"

Mind you, I'm perfectly fine with how they look now. I'd rather not distract our precious dev team from dealing with more substantial problems.
"I don't know the key to success, but the key to failure is trying to please everybody."
—Bill Cosby
Top

For now the laser beam will be like projectiles...like in SW!
Il crush you!If i get crushed,il crush you twice stronger!!If you crush me again,then il blow up your PC!!
Top

Of course laser beams are visible when in the earth's atmosphere.

A laser capable of actually cutting through something ought to be visible, though...

(Note the reflection of the beam on the table, suggesting the picture is real. I saw a real laser beam, they said not to stick your finger in, that it would be very hard to clean the smoke off the mirrors. The whole room looked as if it was lit up in some kind of weird holographic spotty green interference pattern.)
Top

LZ compromised wrote:If you ask me, lasers should look like what DRAAK suggested. Firstly, because this is what you think when you hear "laser". Secondly, make lasers invisible and brace for waves of "bug reports" and complaints saying "my units lose health all of a sudden WHY?!?!"

What about some kind of glow-effect from the laser weapon itself, like the barrel was getting hot?
Top

DRAAK I would like to compliment you to say that you are a VERY good graphics design artist, at least with photoshopping things

That is the best animated gif i've seen as far as quality goes.... if i did not know I would think it was APNG.
ArtRev Website

Well as far as colors go, realism can and should be sacrificed in favor of visual clarity. When you see a laser in a fight, you want to be able to tell what unit it's coming from without a moment's thought.

So, red for commanders (as suggested by cinematics after Alpha 5), blue for flashlights, green for pulse lasers and, um, purple (?) for heavy lasers.
"I don't know the key to success, but the key to failure is trying to please everybody."
—Bill Cosby
Top
Post Reply
40 posts